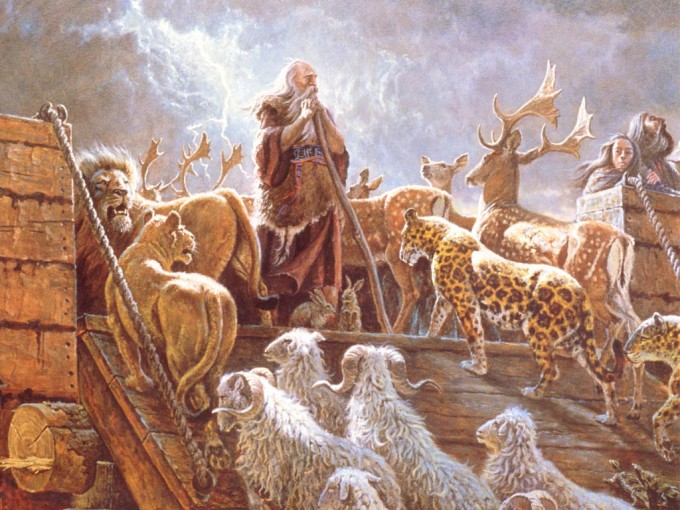 The story of Noah’s Ark would seem to be known to everyone and it is generally recognized, but does this mean that it is true? The Turkish scientist said that the real details of this story about the Great Flood, described in the Bible and the Koran, are in fact unknown to most ordinary people.

The scientist claims that Noah used a mobile phone to call his son, informing him that the flood began and he should immediately return to the Ark.

Noah was chosen by God to build the ark because of the impending Great flood. He was told to take a pair of each animal that lived on land or flying in the sky, so that all species could survive and multiply after the flood.

The great flood, presumably, occurred 10,000 years ago, but that does not mean that Noah was not prepared for it using modern technology. In fact, he had a cell phone. This is sure Dr. Yavuz Ornek, a lecturer at the Faculty of Marine Sciences of Istanbul University.

Noah used the phone to call his son when he was “many miles away” from him, says Ernek.

“Great waves were coming from 300 to 400 meters, and the son of Noah was a few kilometers from the ark. The Qur’an says that Noah was talking to his son. But how did they manage to communicate? Was it a miracle? Maybe. But we believe that he communicated with his son via a mobile phone, “Ernek said in an interview with the Turkish state television channel TRT.

He also claims that the ark was built using steel plates, not wood, and that nuclear energy was used to move the Ark.

When it’s time to find out if the water left after the flood, which lasted 40 days and 40 nights, Noah did not use the dove, as the Bible says. According to Ernek, he used an unmanned aerial vehicle.

“You understand why you will send a pigeon when you have advanced technology?” – says the scientist.