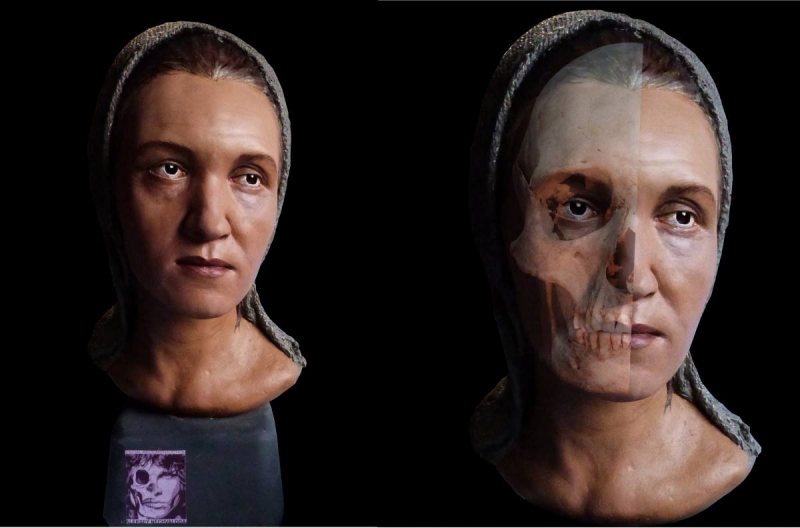 As the press service of the Reserve “Arkaim”, Alex tried to revive the appearance of this woman. The result is a complete image of an elderly woman with gray hair, wrinkles, textured skin surface with a certain color of the face and eyes and scarf on head.

The sculpture will be released at the exhibition “Nomads: the images come alive on June 21, in the Reserve “Arkaim”. Enjoy the exhibit will be up until September 10. In addition, the exhibition will have the opportunity to see the skulls of people from the burial ground of the nomads. In addition to women Alex Nechvoloda restored and the faces of men in the form of graphic drawings.

On each exhibit you can read the story about who these people were, how they lived and how they died and what were the fates of their descendants.

Recall that the skull was found has surprised researchers with its unusual shape – still in its infancy, the future priestess artificially deformed bones of the head, dragging it tight bandage. It is known that she died at the age of about 35-40 years and was low.