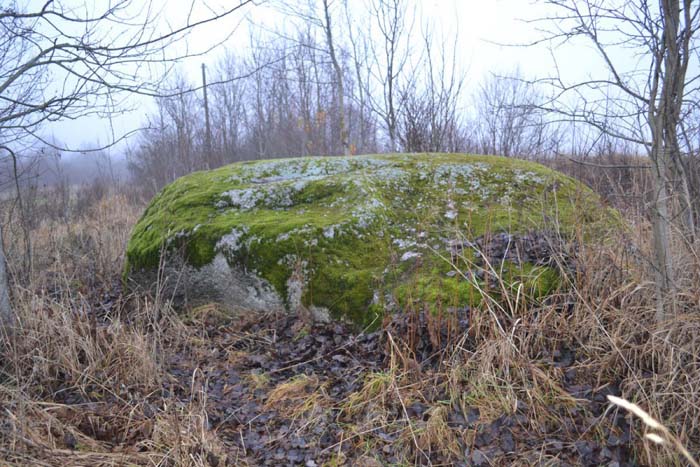 Cult stones – one of the most prominent and visible archaeological monuments. As a rule, single boulders, stands out for its size and shape. On their surface can be recesses of various origins and forms, and carved figures. Each of these boulders is frequently linked to a local legend, explains his veneration. 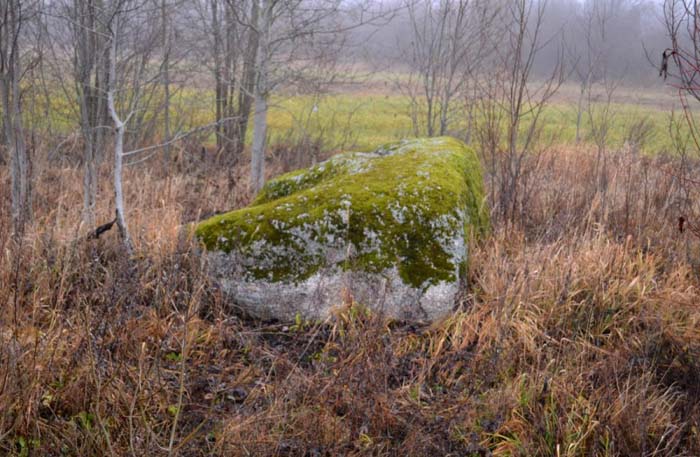 Its surface is overgrown with moss, but now there are eight carved at the top of recesses with a diameter of 6-9 cm and a depth of 2-3 cm so they in the drawing – 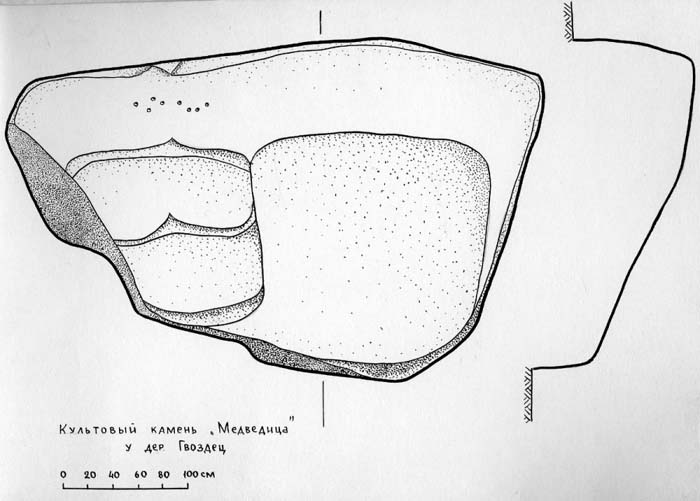 Drawing from the passport of the object of cultural heritage. 1982

The stone is called “bear”. Despite the fact that this is the only known cult stone in the lake district, information about it very little. I was not able to find any information about the timing of his worship, nor about the legends associated with it, besides the explanation that the name he received due to the fact that like a sleeping bear. There is another version that his name is due to the configuration of the holes, very similar to the stars of the constellation the Big dipper.

In the 80-ies around the bushes not a stone in sight is much better. 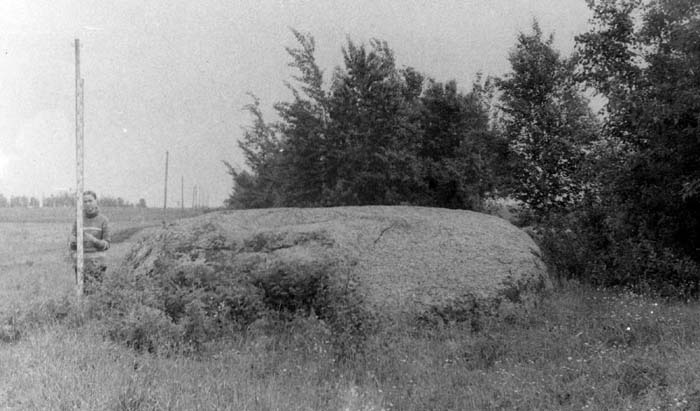 Now he is covered with bushes and barely visible from the road.