Novosibirsk archeologists found a magical amulet from the ice age 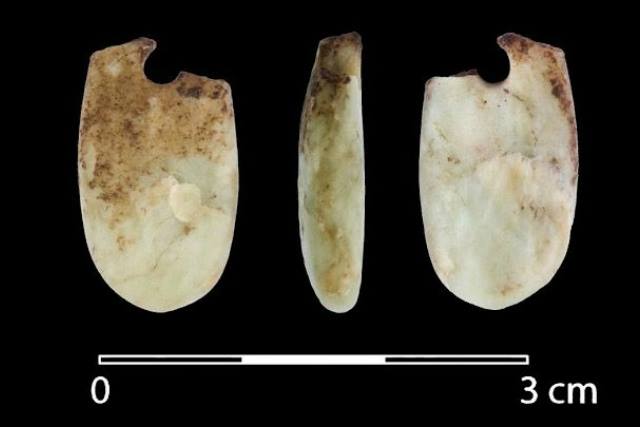 Novosibirsk archeologists (Russia) discovered a suspension of the oldest man from the serpentine stone – serpentine in the highlands of Kyrgyzstan and knives for cutting meat in the late Paleolithic period, the press service of the Institute of Archeology and Ethnography of the SB RAS.

Archaeologists from Novosibirsk have found the most ancient traces of a man in the Alai valley of Kyrgyzstan. The expedition discovered the milk tooth of homo sapiens and dated it about 23 thousand years old, which corresponds to the late glacial period.

The age of one archaeological layer with finds was about 8-10 thousand years, and the oldest cultural layer containing artifacts fell on the last ice age. Archaeologists noted that the lower layers contained more ancient types of guns, which were made by the shock method, and not by pressure.

The team from Novosibirsk, American and Polish archaeologists managed to find out that small points, similar to the arrowheads, were actually used as knives for meat. Also, an ancient grater for grains was found.

An unexpected finding were two ancient pendants of the same age. Svetlana Schneider, an employee of the Institute of Archeology and Ethnography of the SB RAS, found out that the products belong to a similar culture of ancient people whose sites were found in Tien Shan and Pamir.

153 “From jewelry we found one piece and one finished product from a beautiful and very pliable stone – serpentine”, – explained Svetlana Schneider.

A serpentine stone, or serpentine, is formed when changing magnesium-rich rocks. In the Urals there is a belief that the serpent is born from the dumped skin of a huge snake, the Guardian of gold – the Great Poloz.