Nuclear secrets of the island of Matua 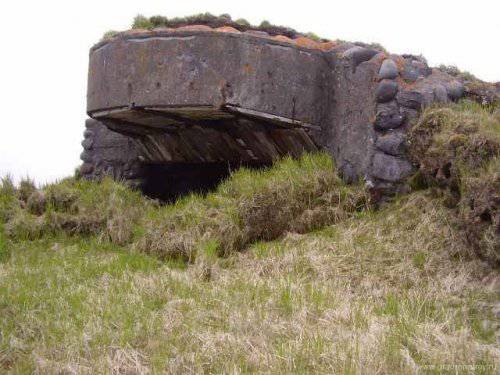 As previously reported, the Russian defense Ministry has taken unprecedented measures to develop the military infrastructure on Sakhalin and the Kuril Islands. Expedition of the Ministry of defense of the Russian Federation and the Russian geographical society (RGS) has started engineering work on the research of fortifications in the Kuril island of Matua. This was announced by the head of the press service of the Eastern military district Colonel Alexander Gordeev.

On the hill slopes and at the foot of the volcano Sarychev initiated the liberation of tunnels (underground tunnels for communication between the fortifications, the FORTS or strongholds of fortified areas) and warehouses from the rubble, said Gordeyev.
Five groups of searchers carry out excavation work using bulldozers, excavators and other special equipment.

According to the participants of military-historical expeditions, conducting scientific research will help find answers to many questions and dispel the aura of mystery of the island of Matua. Before starting work, each fortified construction are the air samples that in the laboratory carefully analyzed for the presence of toxic substances.

Until after the Second world war, Japan actively explore the Islands, including the mysterious island of Matua, located in the center of the Kuril Islands. On this island Japan has produced some valuable minerals. After the Second world war, Truman even appealed to Stalin with a request to transfer the island of Matua USA. The island is not given, but its caves are not used for some reason.

During the Second world war, the allied aircraft bombed in the Pacific ocean all that belonged to Japan, bypassed Magua side. And when the war ended, President Truman addressed to Stalin with an unexpected request to provide US with only one of the Islands in the Central Kuril Islands, occupied by Soviet troops. What is a small island of Matua so attracted President of America?

Matua — a small island located in the center of the Kuril Islands.

During the great Patriotic war the Japanese turned it into an impregnable fortress, planning to use as a base in case of war with the Soviet Union. The war really began, but in 1945 3811 Japanese soldiers and officers “bravely” gave up 40 Soviet border guards.

The island, which went to the Soviet Union, was the length and breadth pitted with ditches, trenches, and artificial caves. Numerous bunkers and hangars were built to last. The entire coast of Matua on the perimeter was surrounded by a dense ring of bunkers, lined with stone or carved into the rock. They were made so well that the members of Amateur expeditions for many years studying the island, argue that today the bunkers could be used for its intended purpose. Moreover, their device is not restricted to the training points for firing. Each position had an extensive network of underground tunnels, also carved into the rock.

Even more carefully constructed airfield on the island. It is so well made and so technically competent, that the aircraft could take off and land in winds of any strength and direction. Japanese engineers provided a “Antonino” design. Under concrete pavement was laid pipe, in which received hot water from thermal springs. So icing the runway, the Japanese pilots are not in danger, and aircraft could take off and land in winter and summer.

In one of the coastal cliffs hardworking Japanese have cut down a huge cave, where it’s easy to hide a submarine. Next was the underground residence of the garrison command, disguised in one of the surrounding hills. Its walls were neatly lined with stone, near a swimming pool and underground sauna.

One of the mysteries of the island — complete disappearance of all military equipment. Despite a thorough search, underway since 1945, on the island nothing was detected. Moreover, there is an amazing, downright mystical pattern — people who were trying to look, died in the fires on the island were often caught in avalanches.

In the late 1990-ies in the accident died the Deputy chief of the frontier, led to these searches. And when I tried to restore the destroyed communications, suddenly woke up the volcano, located in the center of the island. The eruption occurred with such force that it flew from the crater of the huge boulders down the birds soaring hundreds of meters away from the crater!

Here is the opinion of the unsolved mysteries of the Islands of Matua researcher-enthusiast Eugene Verasage: “There are at Matua unusual hill with a height over 120 metres and 500 metres in diameter.

Nature does not like such correct forms. It is suggestive that all this mass of flesh made by human hands. It is an artificial hill that served as disguised hangar for aircraft. On its slope is clearly visible a very wide man-made hollow, overgrown with trees and bushes. Probably, here there was a gate to the hangar, which was first blown up and then covered with ash of an erupting volcano.

In addition, the island is scattered with hundreds of rusty fuel drums, mostly German, and completely whole and fuel the times of the Nazi Third Reich. Translated the markings on them read “the Fuel of the Wehrmacht, 200 liters”. And date — 1939, 1943 — until victory in 1945.

So, going around the globe, allied submarines of Hitler moored at Matua and delivered the goods!?

By the way, about the volcano. Questions, where did the military equipment, which, according to underground structures, was literally Packed the island fortress, was a lot. One of the participants of Amateur expeditions have expressed, it would seem, made an incredible suggestion: “Maybe the Japanese threw into the volcano, and all their ammunition and then blew it up, causing a massive eruption . This version, at first glance, it sounds like fiction. But up the cone of the volcano road, where after decades you can discern traces of tracked vehicles. That the Japanese drove through it, we can only guess”.

But all these conspicuous edifice is only the external, visible part of the Japanese secret underground fortress. After the Second world war has been more than half a century, but to unravel the mystery dungeons anyone and failed.

The Japanese, referring to the secrecy of this information, did not respond to requests for first the Soviet and then Russian researchers of the island of Matua. To understand a peculiar interest in the island, the American President, too, failed. 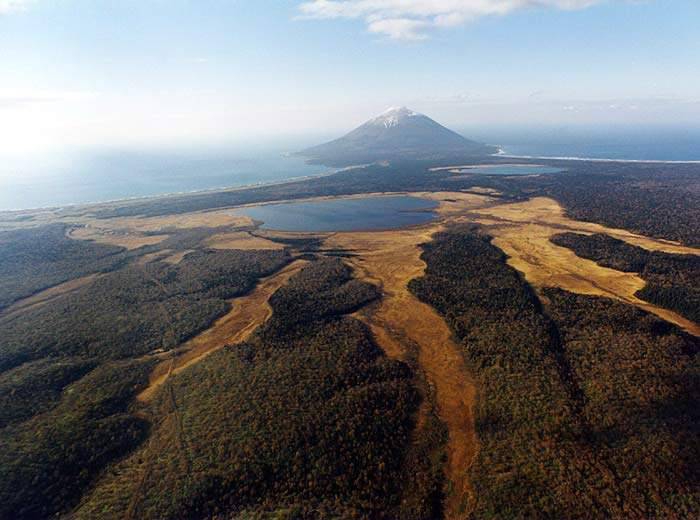 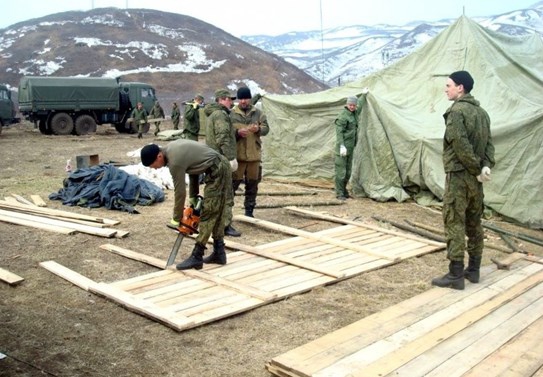 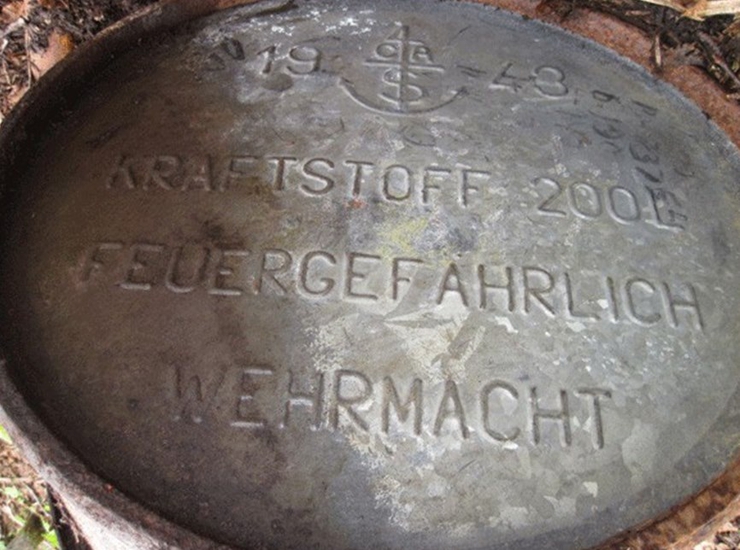 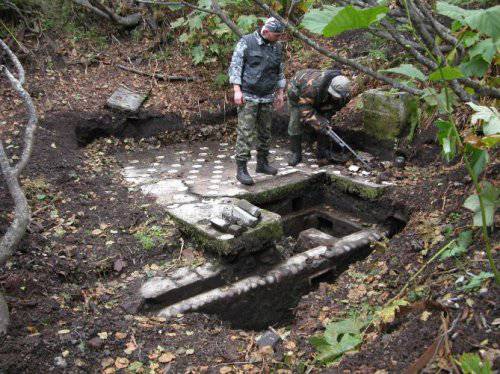 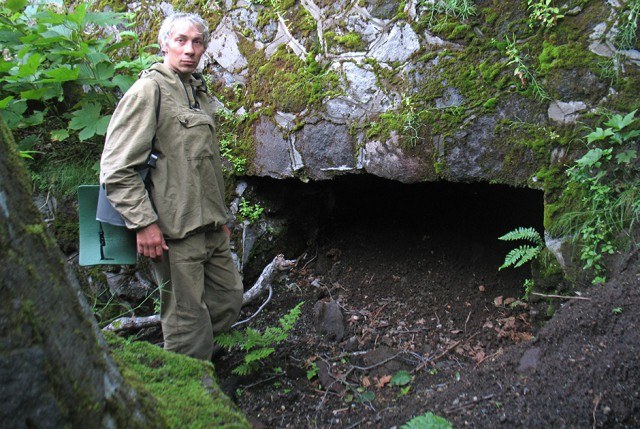 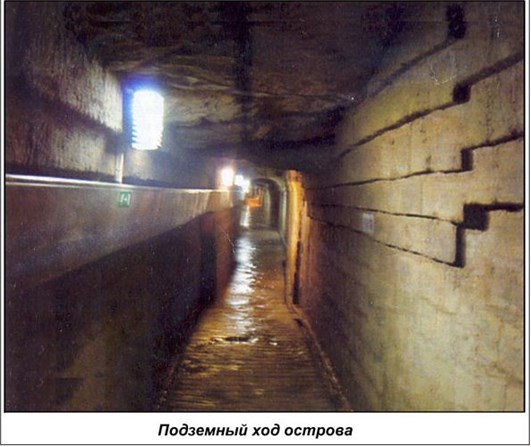 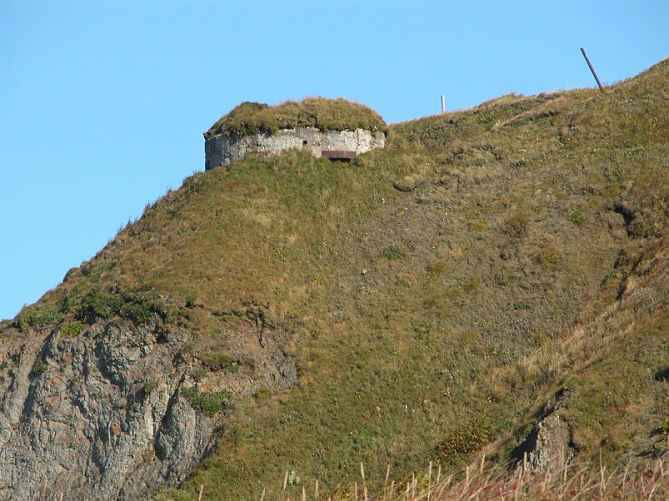 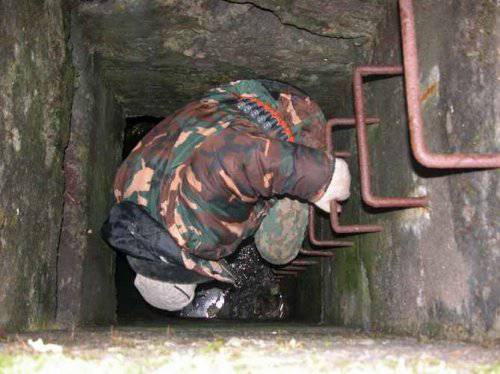 What hides in the depths of the Kuril island? What if the death of soldiers and explorers of the island, and no time awakened the volcano, and the interest of the American President to Matua, and the failure of the Japanese in the number of submissions is not a random chain of events? Maybe in secret, haven’t found the dungeons of the island fortress lies not rusted, and no one today does not need military equipment and a secret laboratory that developed and not used during the war a secret weapon?

At dawn 12 August 1945, three days before the announcement of Japan’s surrender in the sea of Japan near the Korean Peninsula, there was a deafening explosion. It rose in the sky fireball with a diameter of about 1000 meters. Behind him appeared a giant mushroom cloud. According to the American expert Charles stone, here was blown up the first and last atomic bomb of Japan, and the power of the explosion was about the same as American bombs exploded a few days before Hiroshima and Nagasaki.

The statement Part of the stone that during the Second world war, Japan led the work on developing the atomic bomb and succeeded, was met with great hesitation by many U.S. scientists. More cautiously this information was regarded military historian John dower.

According to this famous scientist, to exclude completely the possibility that at dawn 12 August 1945 in the sea of Japan off the coast of Korea was blown up the first and last atomic bomb of Japan, it is impossible. Evidence of this could be a huge secret military Chinaski complex, located on the territory of modern Korea. He was powerful enough and equipped with everything necessary for the production of the atomic bomb.

The unexpected plausibility of the hypothesis H is confirmed by stone survey of former U.S. intelligence officer Theodore McNally. At the end of the Second world war he served in analytical intelligence staff of the commander of the allied forces in the Pacific General MacArthur.

In his article, McNally writes that U.S. intelligence had reliable data on a large Japanese nuclear center in the Korean city of Hungnam, but held the information about this object in secret from the Soviet Union. Moreover, on the morning of 14 August 1945, American planes brought to their airfields air samples taken over the sea of Japan near the East coast of the Korean Peninsula. Processing of the received samples gave stunning results. It showed that the above area of the sea of Japan on the night of 12 on August 13, occurred explosion of an unknown nuclear device!

If we assume that in the underground city on the island-fortress really was developing the most terrible weapons of the twentieth century — nuclear, this gives the answer to many of the issues confounding the organizers of Amateur research expeditions.

Why President Truman, referring to Stalin, said to tell the United States is the island of Matua?
Before the end of the Second world war, Americans began to prepare for an armed clash with the Soviet Union. After the declassification of materials about the Second world war in the British archive was found a folder labeled “operation Unthinkable”. Indeed, such an operation could not think of one! On document date — may 22, 1945. Consequently, the development operation was initiated before the end of the war, the document In the most detailed way to paint the plan… a massive blow to Soviet troops!

A major asset in military conflict could be nuclear weapons available only in the United States. Soviet tank division, the last of the Second world war, were in the center of Europe. If Stalin got to its superiority in ground forces and nuclear weapons, created by Japanese scientists, in the case of a military clash with the outcome of the war would be predetermined and Europe would become completely socialist.

Why the Japanese, citing the secrecy of the information, stubbornly not respond to requests for first the Soviet and then Russian researchers of the island of Matua?

How are they supposed to do?

If the island of Matua would be discovered underground secret center, which developed nuclear weapons, and not only developed, but also the technology of its manufacture was brought to practical implementation, it would lead to a reassessment of the Second world war. The atomic bombing of Japanese cities would have been justified: American pilots just ahead of future nuclear attacks by the Japanese. Demands for the return of the South Kuril Islands could be seen as a desire to continue work on the creation of secret weapons, while the result of Japan’s defeat.

And here on this mysterious island, the Pacific fleet launched an unprecedented survey.

The representative of the Eastern military district reminded that the island is already deployed mobile airfield systems to ensure aircraft. Cleared the drainage system and completed preparations for the landing of helicopters of all types.
The personnel of the military history of the expedition remains active in the Bay Dual in order to prepare the coastal sector of the island to approach the large landing ship to the shore way to the stop for loading equipment and supplies, said Gordeyev.

As previously reported, the 200 participants of the expedition of the defense Ministry, the Russian geographical society, the Eastern military district and the Pacific fleet under the leadership of Deputy commander of the Pacific fleet Vice Admiral Andrew ryabukhina on the six ships may 7, sailed from Vladivostok on 14 may and arrived on the island of Matua.