Off the coast of Scotland found the sub peoplenow sea monster 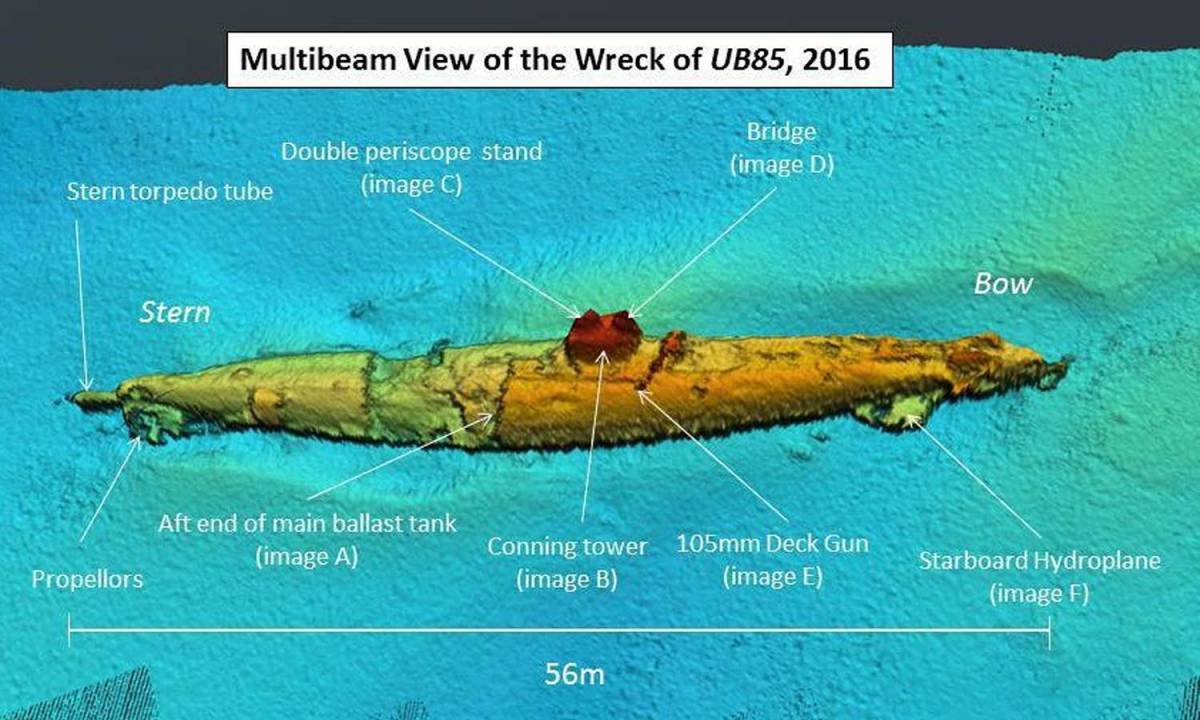 The remains of the German submarine UB-85 was found near the Scottish town of Stranraer British experts, paving a high-voltage line Western HVDC Link. Boat well preserved, visible part of the body up to 45 meters in length. The submarine has not yet been identified, however, according to experts, we are talking about the UB-85.

This submarine sank on 30 April 1918. Shortly before the boat was saved at the depth of British patrols. When surfacing for fresh air and recharging its batteries fired on the British sloop “Coreopsis”. The submarine has not received serious damages, but stopped suddenly. The crew released a flare and started waving his arms, screaming for help. Sailors picked up the team “Coreopsis”, and the boat sank.

In British captivity, the captain of the submarine Gunther Krech stated that the cause of death of the ship was attacked by sea monsters. The captain described him as a creature with big eyes, something like horns and the shiny teeth. According to the version Kreja, the creature attacked the ship when it was on the surface. Monster allegedly damaged a hatch in the cockpit, after which the boat couldn’t dive.

Some British cryptozoology stated that the ship might have been attacked by “relatives” of the Loch ness monster. Note that the supporters of the existence of the Loch ness monster most often mean him extant plesiosaur. Such beings could reach 20 meters in length. Perhaps further exploration of the submarine will enable you to answer some questions of interest to scientists.

Boat UB-85 refers to the type UB III submarines. These submarines have a length of 55.9 and a width of 5.8 meters. Total for the project was built 95 submarines.