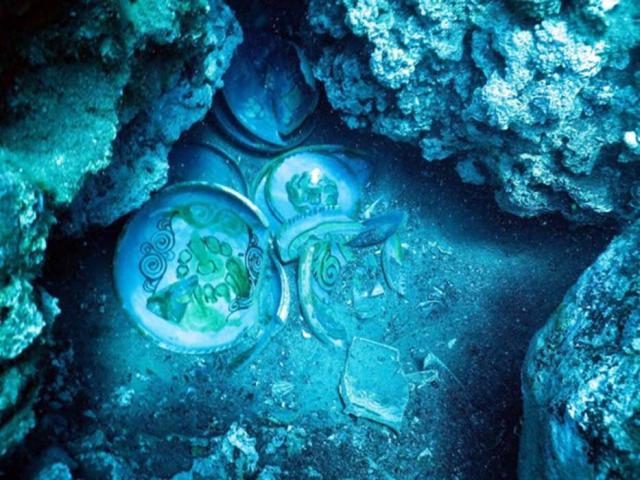 Turkish underwater archaeologists discovered the wreck of a Byzantine ship hundreds of elaborately decorated dishes. According to scientists, the ship sank in the XII century near the coast of modern Turkish province of Antalya.

The plates were decorated with images of fish and flowers. Just by archaeologists, was found about one hundred and about three hundred whole and broken dishes. Some of the plates were from the same set. They had similar motives, but different only in size.

According to researchers carrying dishes the ship crashed on the rocks. Plates were scattered on a stretch of 15-20 meters. How do you think Turkish archaeologists, the plates were made in two different workshops. Plates lying on the bottom of the stack. Fragments of the ship could not be found. According to Turkish experts, most likely, the wood was eaten by the ship worm Teredo navalis, because the remains of the ship were located at a shallow depth.

Some of the plates were damaged, apparently by hammers. Probably someone found this place earlier archaeologists and tried to separate the plates from the rocks, despite the set 10 years ago a ban on diving in the area. It is reported that excavations on the site of the shipwreck will be completed next year.