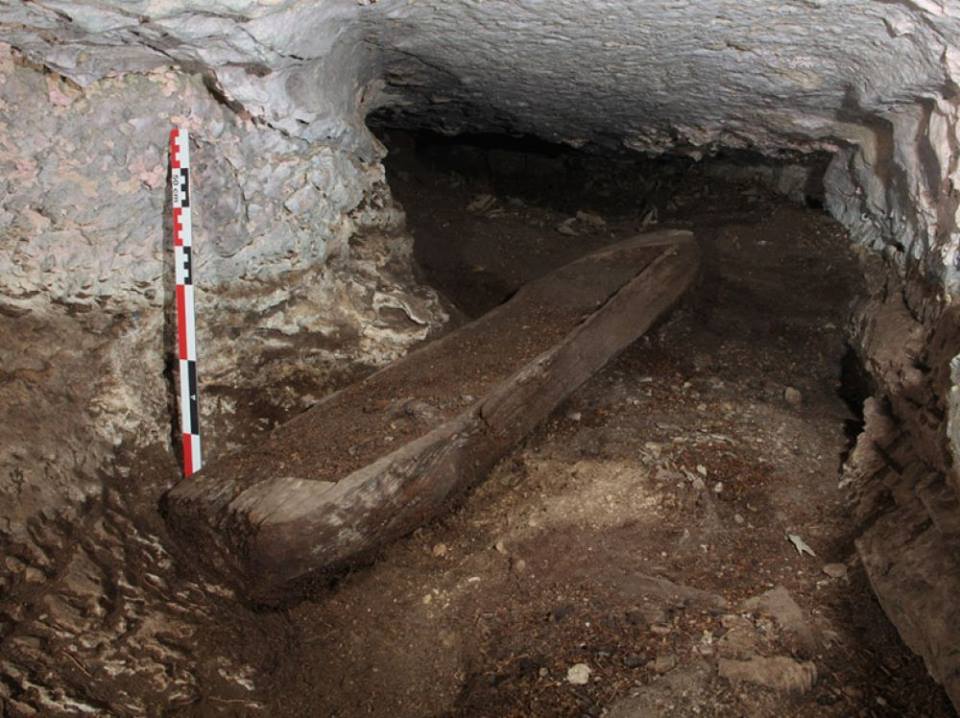 An amazing discovery was made by historians in France – they found a burial place of more than three thousand years old. It is surprising that the dead inhabitants of the island of Corsica in the Bronze Age were in real coffins.

Coffins struck scientists by the fact that they were made of wood, firstly, and secondly, made very skillfully, these carpenters. It is the culture of death, the organization of burials that allows researchers to understand how people lived in such a distant time from us.

The place for burial was chosen by the ancient inhabitants of the island ideally – a cave about 7 meters long and about two meters wide, in a secluded corner of the island. This area is still quite deserted – the population density is no more than 3 people per square kilometer. The cave is raised 25 meters above sea level, and up to the top of the mountain from it is about 15 meters – the ideal place for eternal sleep.

Cave was found thanks to the speleologist Jean-Claude Mills and his friend, the expert on bats Jean-Yves Courtois – they first came across human remains, and reported a find to the police and the National Service of Archeology of Corsica. The remains looked so secure that only the radiocarbon analysis lifted the suspicions of the policemen.
The analysis found that the family, buried in real wooden coffins in an inaccessible cave, for about three thousand years – in the cave lay two children, a teenager and three adults whose sex was not yet established. Bones are almost not calcined, on some even the remains of biological tissues are preserved.

But the most interesting thing in this find is the coffins themselves, which allow us to judge the level of development of carpentry in the Bronze Age and the methods of work of ancient masters. Coffins are made of yew, and retained a rusty color even after the passage of thirty centuries. The similarities of the boards are interconnected by a cunning system of ties, and the lid was supported by wooden wedges inserted in the grooves. Archaeologist Frank Leandry discovered traces of real tools on wooden parts – saws, cleaver, hammer. The boards are strikingly level, despite the large number of knots – the ancient master was able to level the tree. The coffin, according to Leandry, tells specialists about the ancient technologies of making wood products, about the amazing craftsmanship of the Bronze Age carpenters.