On the Shantar Islands found a strange pattern on the rock 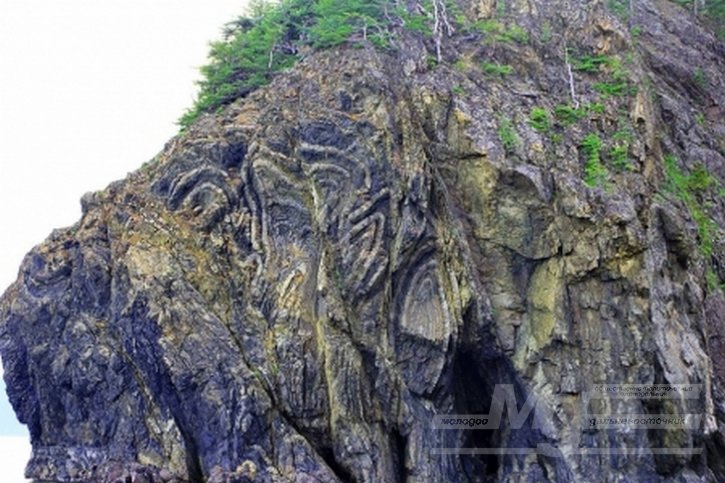 On one of the rocks of the island Feklistova, walking in the Shantar archipelago, a tourist noticed an unusual pattern. Geologist, were part of the group, said that the unusual letters are not of natural origin.

The head tour group Bakht Mavlanov said: When we went on boats along the coastline of the island of Feklistov, we saw this bizarre picture. He immediately rushed into our eyes, different from what we found before. I contacted an acquaintance, a geologist.

He said that such a hitherto not seen and suggested that geological formations formed many millions of years ago, when the earth was volcanic activity. Another expert who was part of the group, believes that it is nothing like the traces of ancient powerful civilizations that lived on earth long before us.

In favor of this argument he cited the fact geometric ornament, and the uniqueness of its location (other such we nowhere in the archipelago have not seen), and the unusual geological bedrock. He suggested that these rocks were melted by some powerful source of energy. I myself do not presume something to say, I am impressed by both theories.