On the Silk Road found a city the size of Monaco 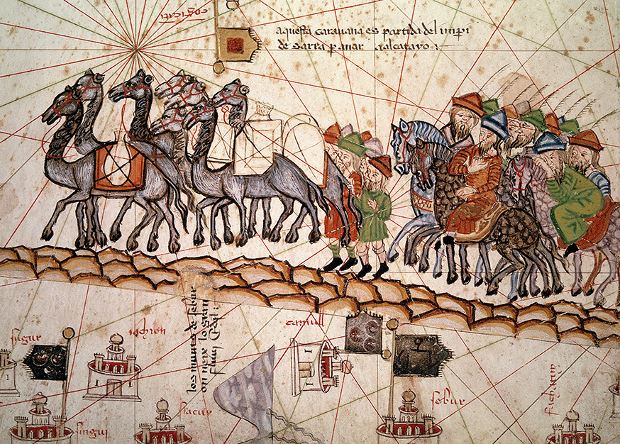 In the Ferghana Valley archaeologists excavated a new settlement of the Great Silk Road. As a result of a two-year excavation near the village of Ming-Tepe, the staff of the Institute of Archeology of the Chinese Academy of Social Sciences (CASS) and the Institute of Archeology of Uzbekistan in the Ferghana Valley discovered an ancient city the size of Monaco (about 2 square kilometers).

Before starting the excavation, archaeologists with the help of drones equipped with Real Time Kinematic technology, fixed the height of the relief on the territory of the monument and around it. This allowed to identify the remains of the tomb and craft workshop within the city walls. Their presence proved that the monument had a permanent local population, and was not just a point for standing up.

In light of the research conducted, it is clear that 2,000 years ago the settlement was an important city connected with the Kingdom of Daiyuan. A state that is known for its thoroughbred horses and transshipment points on the greater territory of the Great Silk Road. To date, it is the most promising place for studying the process of mutual influence of Chinese and European civilizations at the turn of our era.

The Great Silk Road is a ramified network of caravan roads that crossed Europe and Asia from the Mediterranean to China. Its development had a tremendous impact on the formation of the political, economic, cultural structure of the countries of the Near East, the Caucasus, Central Asia and China. In Central Asia, along its routes, cities emerged: Merv, Samarkand, Bukhara, Termez, Khiva and other cities that later became centers of science and culture.

At present, it attracts more attention, as China in 2013 proposed the “One belt and one way” initiative. Chinese politicians proposed to “revive” the infrastructure network of the Great Silk Road, starting with the construction of three trans-Eurasian economic corridors: northern (China-Central Asia-Russia-Europe), central (China-Central and West Asia-Persian Gulf and Mediterranean) and southern ( China – Southeast Asia – South Asia – Indian Ocean).