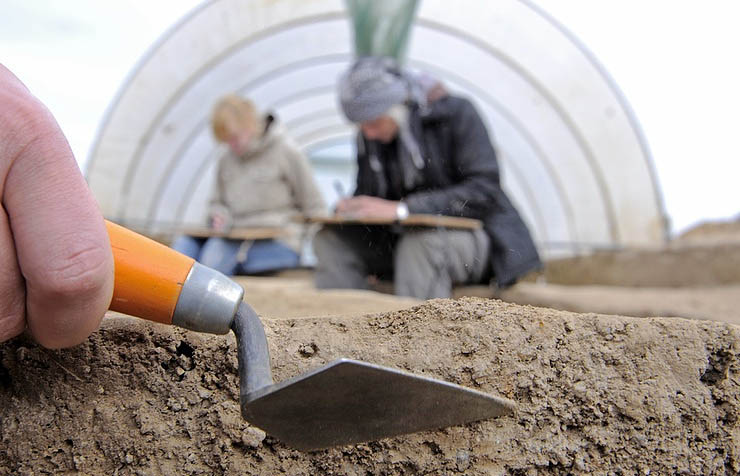 Archaeologists have found on the Taymyr labrets – original stone body piercing jewelry of the Neolithic era. This was announced by the representative of OOO Krasnoyarsk geoarchaeology Danil Lysenko.

Hold on the Taimyr Peninsula archaeological exploration of Russian huts and sites of older periods. Among the findings, two labrets jewelry of polished slate on the cheek and under lip. This is the Neolithic stone industry. The exact Dating is difficult to give, – said Lysenko.

According to him, also found a few dozen stone arrowheads, knife-like plates.

Taymyr from the point of view of archaeology is a white spot, its territory has not been studied a few decades after the work of the famous Soviet archaeologist Leonid Khlobystin. Work in the Arctic for us was a continuation of the study of Russian culture in Northern latitudes, we are in the course of excavations in the city of Yeniseisk, – said Lysenko.

This year, scientists are conducting an archaeological exploration on the Taimyr Peninsula from Dudinka to the Yenisei river in the area of lake Lama. Next year it is planned the exit of the river Pyasina, plans to develop a research agenda Krasnoyarsk Arctic for five years.

Labrets jewelry, which is attached via perforation of the body. According to archeology, such ornaments were widespread in the ancestors of Western Eskimos, Aleuts, and American Indians. Numerous finds lebreton known in Kamchatka (so-called turinskaya Labratory culture of the late I Millennium BC). On the Taymyr labrets previously found during the Polar archaeological expedition of Leonid Khlobystin in 1960-1970-ies.