On the territory of China, there was an ancient civilization of engineers 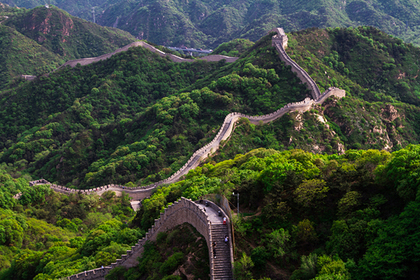 Archaeologists from China and Great Britain came to the conclusion that before the state of Yin, which is considered the first ancient Chinese state formation, there was an ancient developed civilization. Its representatives were able to erect complex engineering structures that protect large cities from flooding. In an article published in the journal Antiquity, the authors reviewed recent archaeological discoveries related to the recently discovered culture of Lianzhu.

The state of Yin (also known as the Shang state) arose around 1600 BC. However, as early as 1936, archaeologists discovered an ancient Chinese settlement, named Lianzhu, which was located in the Yangtze River Delta, 160 kilometers west of Shanghai, in Zhejiang Province. In 1986, excavations of graves were carried out, as a result of which scientists found graves in which representatives of the nobility were buried. This testified to the existence of a clear distinction between classes. The results of dating showed that the age of graves reached 4800-5300 years.

Later, archaeologists discovered a complex system of platforms and fortifications, designed to protect the settlement from flooding. The width of the city wall was estimated to be no less than 20 meters in width, and the height in places reached four meters. Thus, the Lianzhu settlement turned out to be one of the largest cities of the late Neolithic times. He also had a water supply system that was used to irrigate agricultural land. The ancient Chinese created a system of dams and artificial water reservoirs, the total volume of which reached 50 million cubic meters.

Also, the culture of Lianzhu was characterized by the creation of jade and jadeite products, including jewelry, axes, bi wheels and tsu cylinders. It is believed that these artifacts served as distinctive features of the nobility, as they were only found inside certain graves.

Thus, the researchers believe, there are three lines of evidence confirming that the culture of Lianzhu was a complex state formation, despite the lack of written language. These include the size of the city, the availability of engineering facilities and the creation of complex artifacts.