One of the largest treasures found in Europe 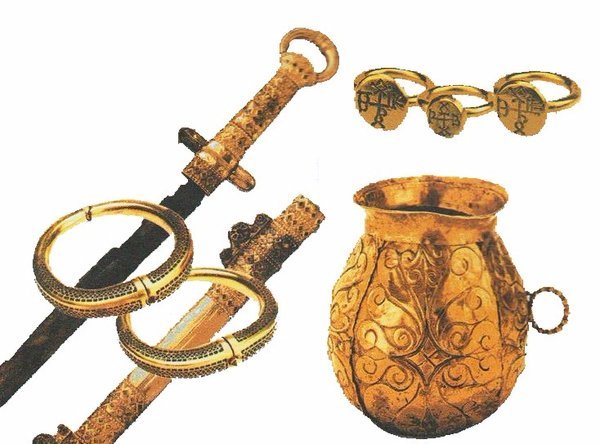 In 1912 the shepherds from the village of Malaya Pereshchepina of the Poltava province came across a sandstone on one of the largest treasures in Europe, containing articles of gold and silver.

A certain part of the finds was lost (carried away by local residents), some managed to be recovered through buying up and a considerable part of the subjects remained at the disposal of scientists. To date, Pereshchepinsky treasure with more than 800 items, more than 25 kg of gold and 50 kg of silver is stored in the Hermitage.

Dating on the hallmarks of Byzantine vessels, coins, ornaments of belts, precious utensils, a single-edged blade pointed to the middle of the 7th century.

Various assumptions were made about the ethnicity of the people who left the treasure. Someone saw in them Avars, other Slavs, the third Khazars. However, the more popular point of view is that the treasures were left by the Bulgars who buried them with their Khan Kubrat (beginning of VII – the middle of the VII century). This is indicated by some finds. For example, a ring with a signet, read as “Patrician’s couch”. The presence of a pattern in the form of a cross on the hilt of the sword indicates the authenticity of the reports of historical sources about the baptism of the khan. 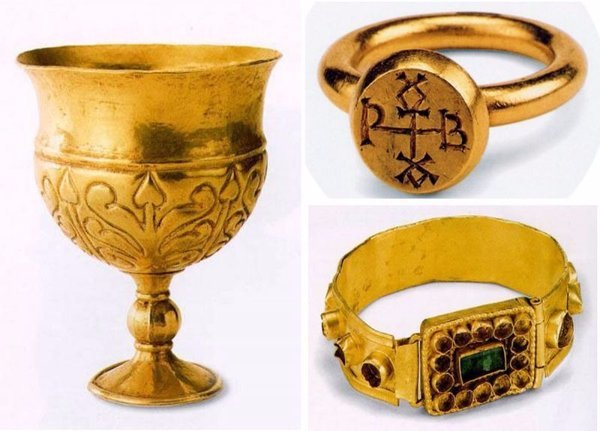 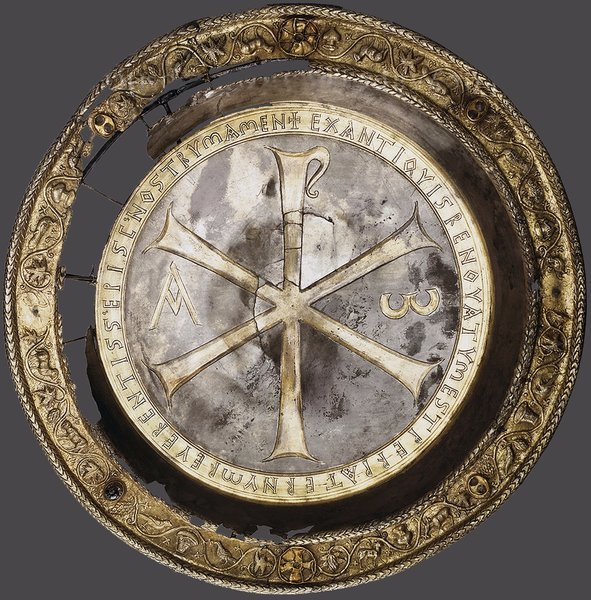 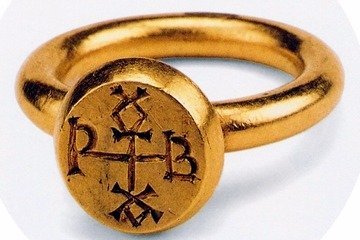 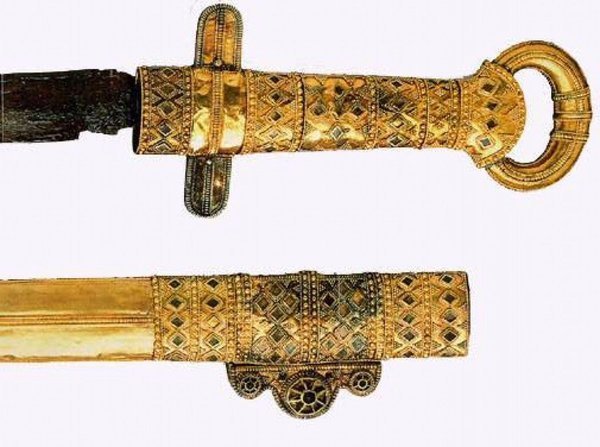 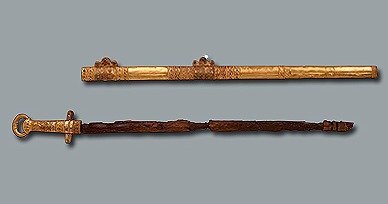 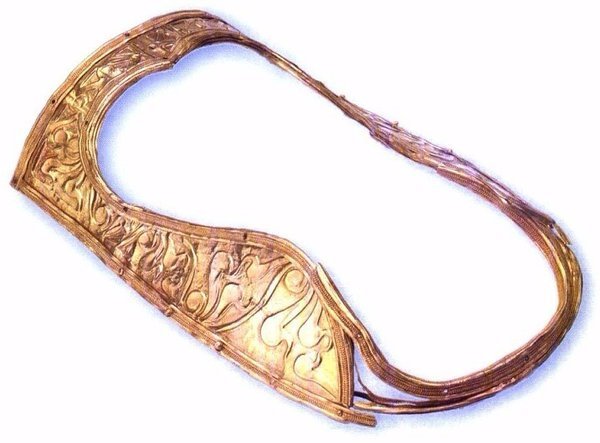 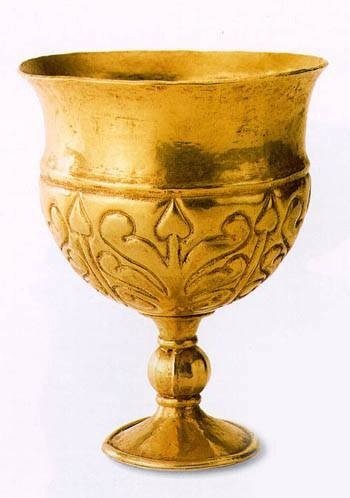 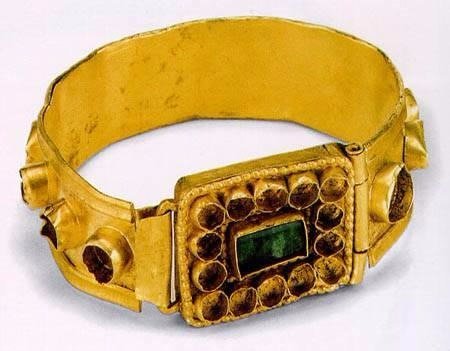 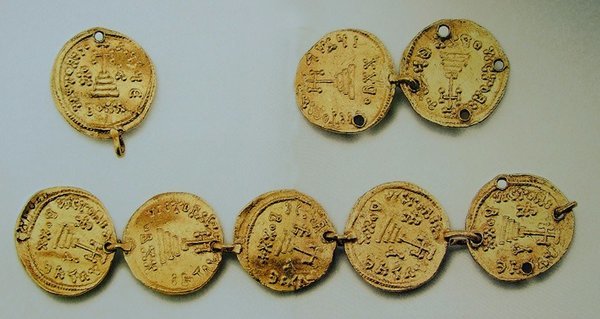 Kubrat became the first who could unite the scattered Bulgar tribes into a large state Great Bulgaria, spread out in the Black Sea and Azov steppes. During his reign, he repelled the Avars, restrained the Khazar onslaught, enlisted the support and friendship of the Byzantine emperor.

Gold riton and gold jewelry of the second, non-preserved rhyton; gold lining of a wooden jug; a staff in a gold veneer; preserved almost entirely iron sword with a ring pommel with a golden facing of the handle and sheath, fragments of other swords and daggers, gold and silver pieces from the belts, gold ornaments – a hryvnia, an earring, seven bracelets and seven rings with insets of precious stones – amethysts, sapphires, tiger’s eye, pomegranates, rock crystal and emeralds; necklace of gold Byzantine coins; lining and coins, sewn on clothes; gold square facing plates of a wooden funerary structure.

Impressive with its decoration and beauty single-edged sword made, probably, in the workshops of Byzantium. Gold, iron, glass; forging, rolling, granulation. Castes, ornamental stripes, pieces of grain are soldered to the base, glass inserts. The first letters of the Greek alphabet are written on the clips of the cladding of the handle. The length is 94, 2 cm.