Otto Lilienthal – the first person to rise in the air 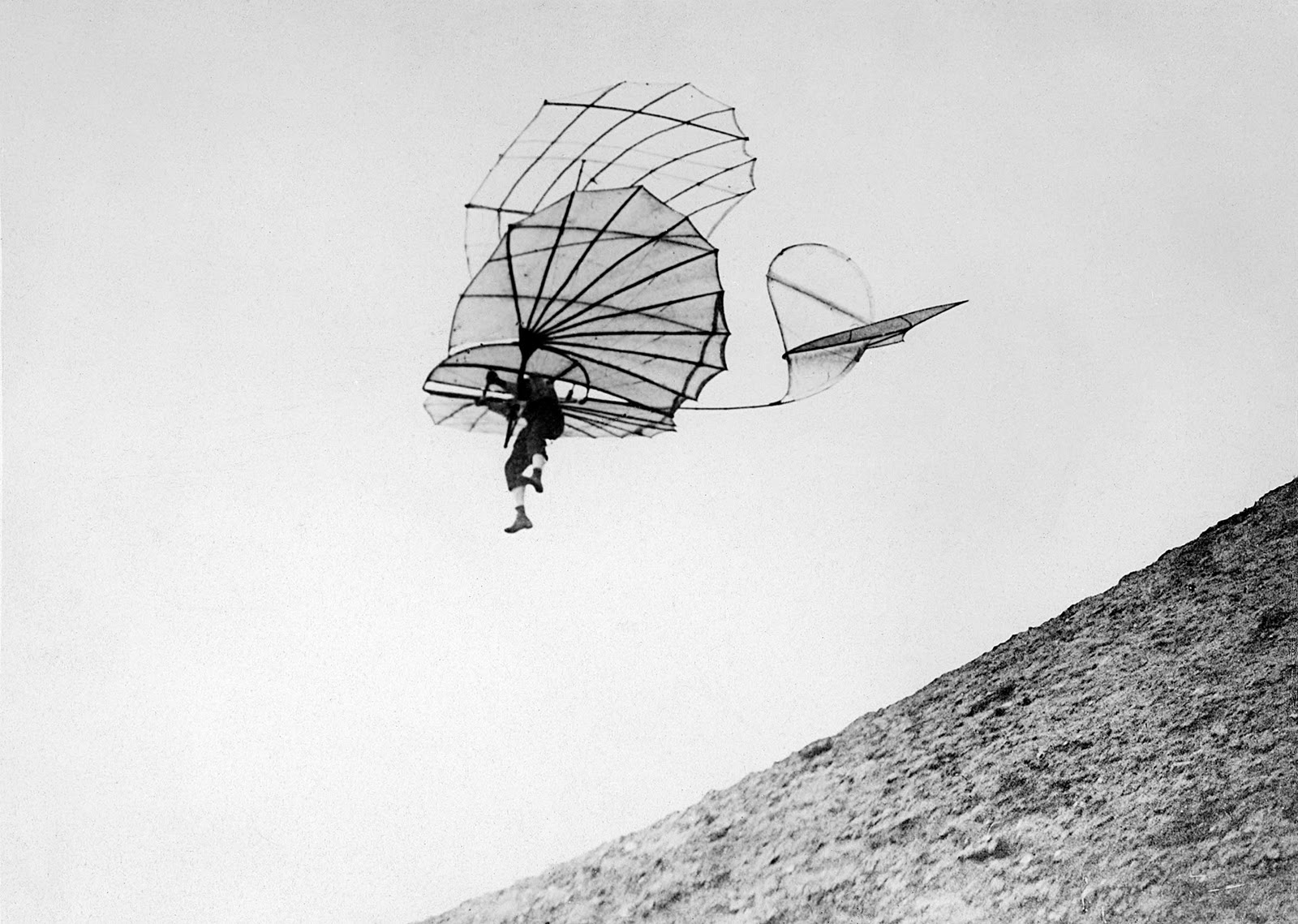 “Victims are needed” – these were the last words of Otto Lilienthal after the fatal fall of his glider from a height of 15 meters towards inevitable death. The beginning is not too optimistic, but all those who are interested in old photographs, there is a bit of real magic ahead …

What could wait ahead? Photographer Alex Krajewski put a photo of the glider Lilienthal on the background of the city panorama

First a small preface about a flying man. The German Otto Lilienthal is one of the founders of aviation, the first to make many successful well-documented flights. Since 1891, he has made more than two thousand departures on gliders of his own manufacture, which he designed on the basis of observations of the flight of birds (in particular, storks). Otto also built an artificial conical-shaped hill near his home in the suburbs of Berlin, which he called Fliegeberg, or the take-off hill. 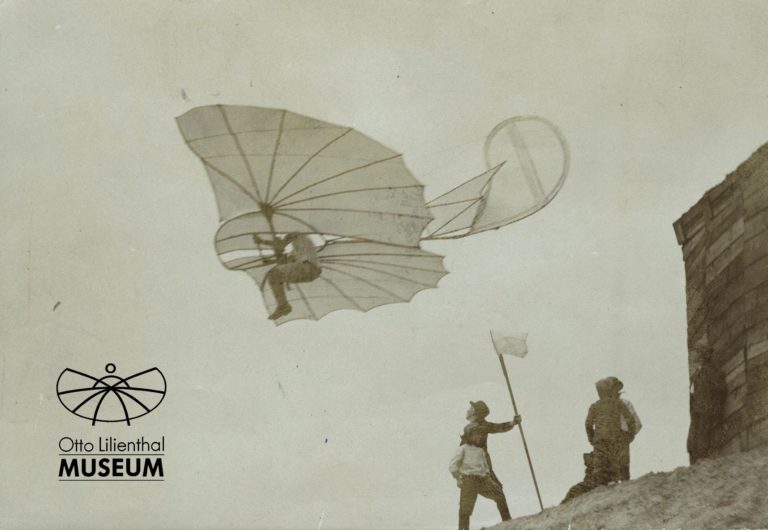 Each Lilienthal’s flight regularly attracted a crowd of curious people who wanted to observe his experiments, including eminent scientists and the world press. His photographs, published in newspapers around the world, contributed to the formation of scientific and public opinion about the reality of flying machines. Unfortunately, the cinema at that time was still in its infancy, so despite the many photos of Otto in flight, there was still no film that captured the “flying man”. 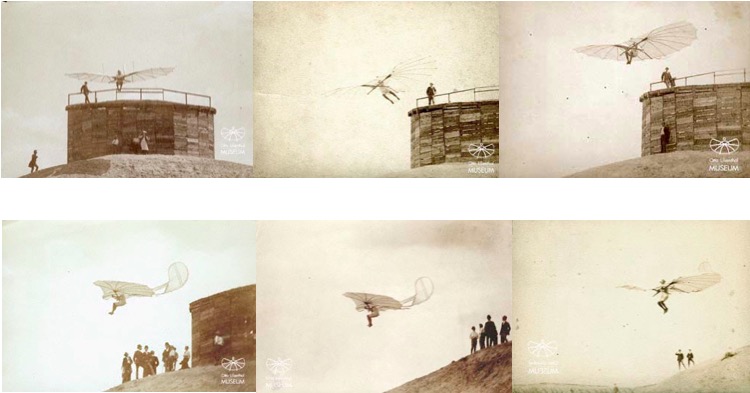 However, the artist and cinematographer Johann Hohebrink noticed that Lilienthal’s archival photographs are enough to mount a film from them. And now, as a result of long labors, he created his wonderful work.

So, enough forewords, this is the first documentary about Otto Lilienthal.

The maximum documented distance that one of the world’s greatest inventors could fly is 80 meters. Even the Wright Brothers said that it was thanks to Lilienthal that they chose their path. Unfortunately, Otto did not have to see their flight. 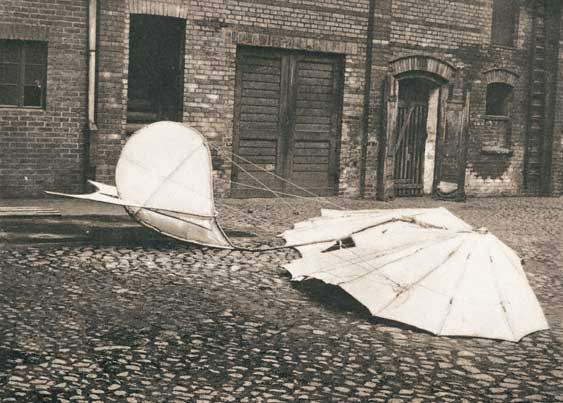 Glider Lilienthal after a fatal crash, cost him a fracture of the cervical vertebra. Otto died in the hospital the day after the fall. 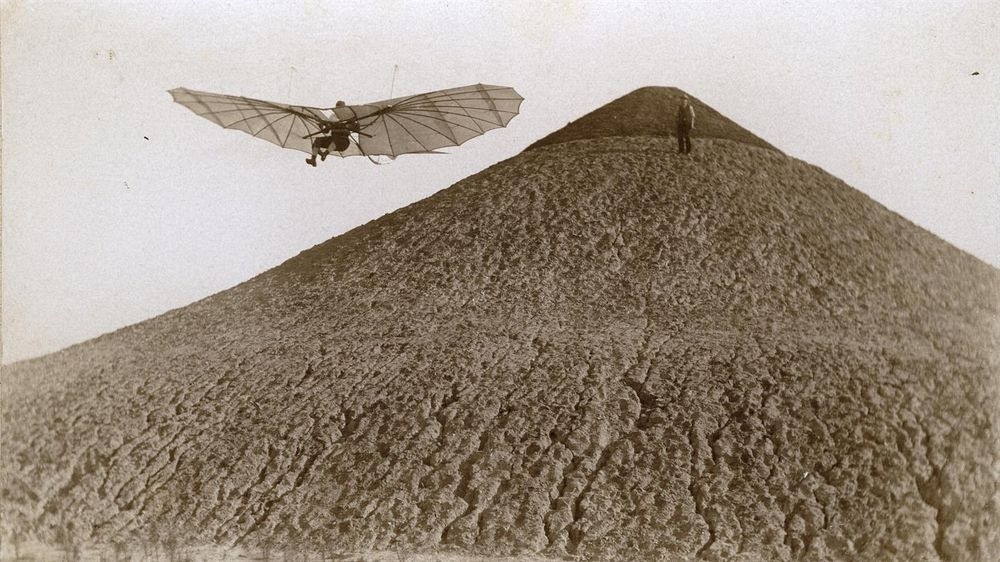 Otto’s take-off hill is still in its place, becoming a memorial. On the site of the training field, where he made more than a thousand flights, now there is a park named after Lilienthal. Berlin Berlin-Tegel Airport also bears his name.

If you are interested in this amazing story, and you would like to know more, we recommend reading Otto Lilienthal’s book “The Flight of Birds as the basis of the art of flying.” 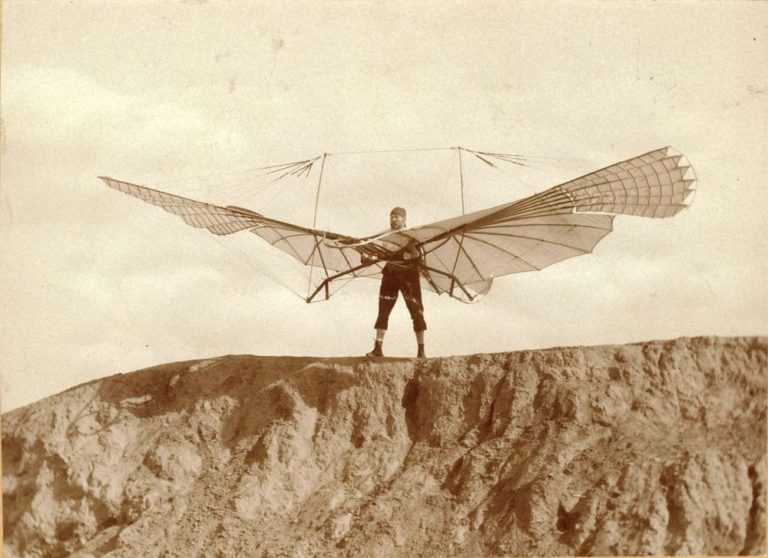