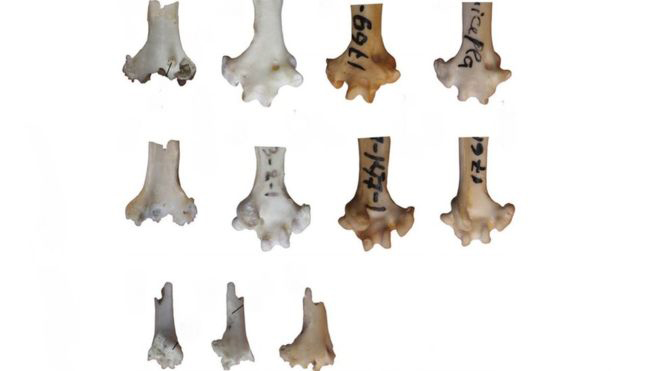 Fossilized remains of a parrot were taken from under the earth in Siberia. This most northern place from where these birds lived.

The only bone of a parrot was found near Baikal. Age of a fossil — 16–18 million years.

Birds who inhabit tropical and subtropical regions today once were found in Eurasia. Fossilized remains of a parrot have found in Asia for the first time.

The author of a research Nikita Zelenkov from Paleontologic institute of name A.A. Borisyaka at the Russian Academy of Sciences has told that has been surprised with opening. Zelenkov has found a tsevka, the lower part of a leg of birds. Having compared a tsevka to bones of other types, the scientist has found out that she belonged to a small parrot.

“Unfortunately, the find has insufficiently well remained to recreate appearance or a way of life of a parrot, but we see that the bone is similar to modern. Therefore the bird was very similar to modern parrots and was of the size of wavy a popugaychik”.

At a mineral is much in common with other fossilized bone of an ancient parrot which was found in Germany. That look was called Mogontiacopsitta miocaena.
Opening will change our understanding how prehistoric parrots have extended on the world and have got to America.