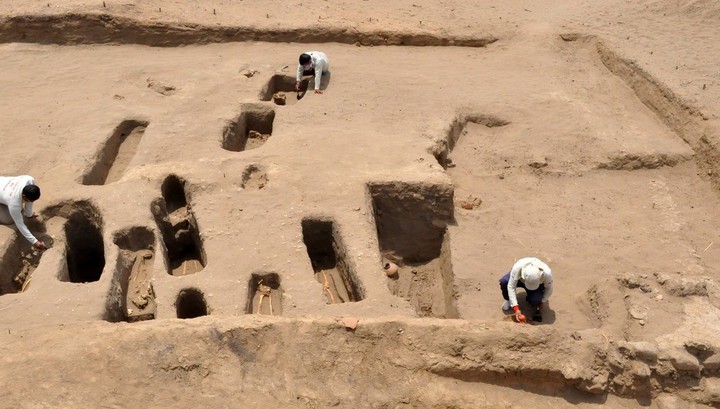 Another amazing archaeological discovery in Peru: scientists have discovered an ancient ceremonial complex mass grave of children. Some babies are missing the feet, which almost certainly indicates that they were sacrificed.

The opening may seem (and certainly seems to be) shocking, but it did not surprise archaeologists: the ritual murder of children was common in Aztec and Inca culture, culture Urine, as well as in Phoenicia, Carthage, and many African tribes.

Excavations are still ongoing, but the group of archaeologists under the direction of Carlos Wester La Torre (Carlos Wester La Torre) from the Museum of archaeology of the Department of Lambayeque, the Ministry of culture of Peru (Unidad Ejecutora Naylamp Lambayeque) has officially stated that it discovered at least 13 burials, dated 15-16 centuries.

As specified in the press release, the discovery was made in the North in the archaeological complex of Chotuna-Chornancap. This place is also known as the Valley of the Department of Lambayeque – in the name of the region which became the cradle of cicansky culture.

Six children were buried in pairs in shallow graves facing East and West, and North from the ruins of the temple. While two children from the Western section was legless. Scientists believe that the foot was removed deliberately: it turned victims into guardians of their graves and allowed their souls to leave. 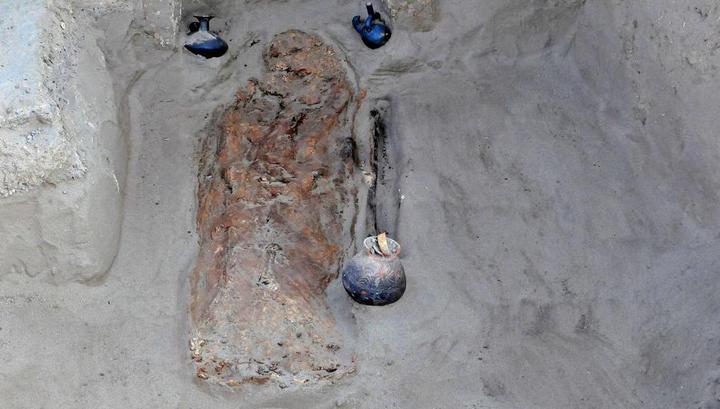 Other remains are in the nature of ritual burials is adult men and women, buried face up in a very narrow and long holes.

In the center, the archaeologists found the remains of a man buried with clay pots and figural vessels – one of them is made in the form of the head of the so-called coquero – a man chewing a Coca leaf. This plant is combined with alcohol often gave future victims before the ritual, including children.

Archaeological excavations this season has begun to yield results that allow to restore the function of such complexes, as Chotuna-Chornancap, — commented on the opening of the Wester La Torre. – We learn more about the complex ceremonies and rituals.

Indeed, the local pyramid and the main temple are the unique complex age and a half thousand years, which continues to reveal its secrets until now.

One of the biggest discoveries in recent years – the tomb chornomorskoe priestess Dating from the 13th century. Swedenlithuania was buried along with several men – probably servants – in the copper mask and gold scepter, depicting God the Department of Lambayeque. Luxury of burial amazed the researchers: jewelry and expensive ceramic ware told about the incredibly high position of the priestess and once again proved that this civilization once reigned matriarchy.

Found burial of the children belongs to the later culture of the Chimu (Chimu), which was conquered by the Incas. Ahead – a detailed study of the remains and household items. Archaeologists are not yet sure that the surprises will end.