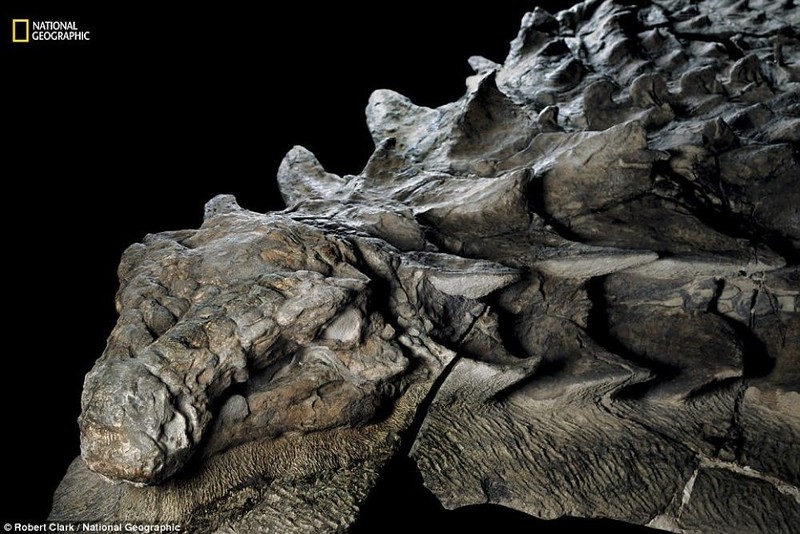 The 110-million-year-old fossil representative of the genus of the nodosaurs, called “four-legged tanks,” is finally on display at the Royal Tyrrell Palaeontological Museum, Canada.

Excavator operator Sean Funk found the dinosaur as early as March 21, 2011 – while working at the Suncor Millenium Mine oil sands mine in Alberta, Canada. The man came across a ladle on something different from the surrounding rock and decided to look closer.

The fossil he discovered was sent to the Royal Tyrrell Paleontological Museum, whose specialists spent the next 6 years working on extracting an animal from a piece of rock weighing 1100 kilograms. After all this hard work, the finished result is ready for exposure.

According to the museum, this is the best preserved armored dinosaur in the world, including the skin and shell of bone plates. He lived in the middle of the Cretaceous, between 110 and 112 million years ago. Such creatures were on average about 5 meters in length, weighed up to 1,300 kg and they had two 50-centimeter spikes protruding from their shoulders. 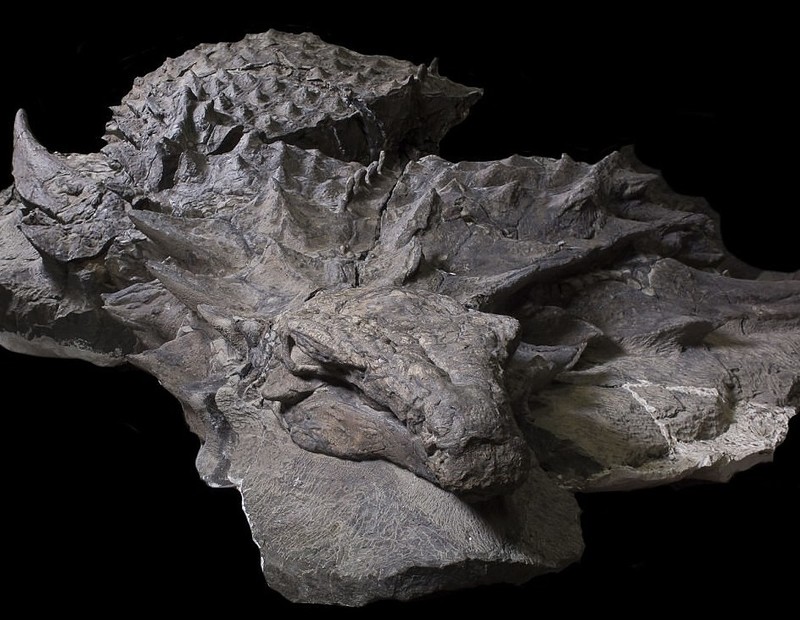 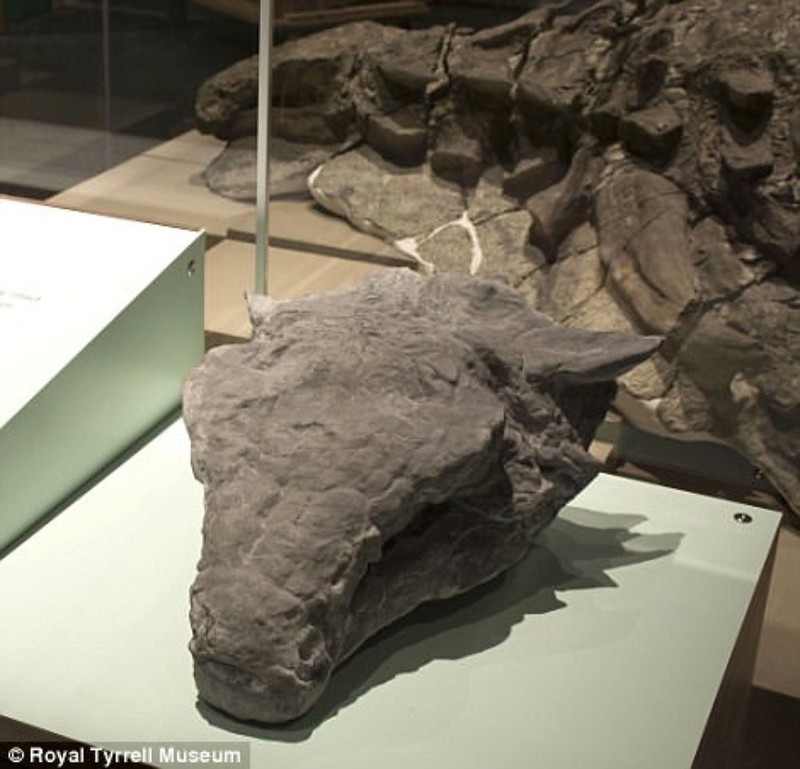 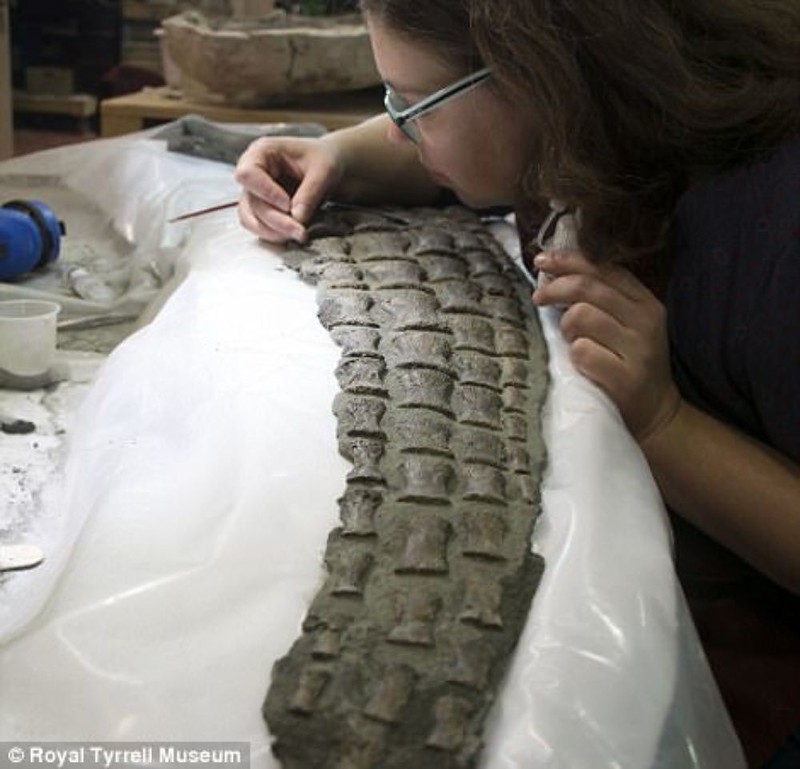 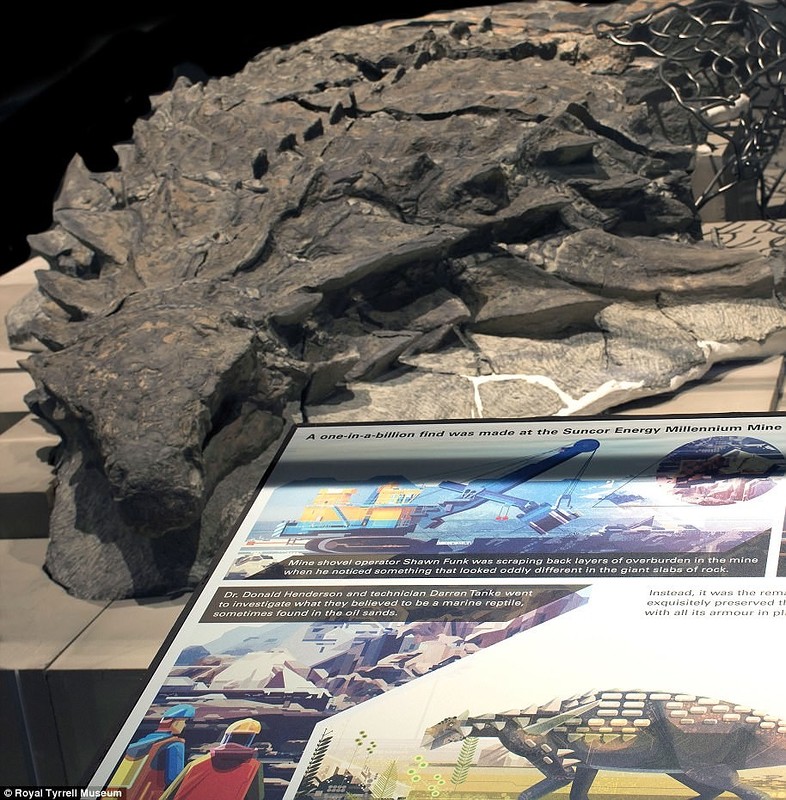 Scientists have not yet managed to get to the skeleton of the dinosaur, which remains mostly hidden in the skin and shell, because this will require the destruction of its outer layers. And computed tomography was ineffective, since the stone is still a little transparent substance.

As Michael Grechko wrote for National Geographic, this level of safety is “rare, like winning the lottery.” The more I look at him, the more he stuns me. “