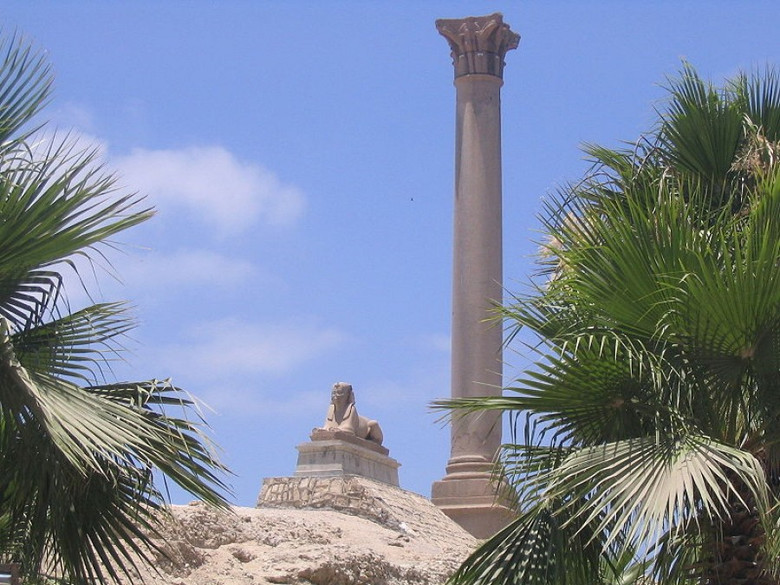 Pompey’s column (Column of Pompey) is a huge monolith, a triumphal column of red granite in Alexandria (Egypt). The height of the column is 20.46 m, the diameter is 2.71 m.

The total height of the monument with a base and a capital is 26.85 m. It is carved from a single piece of Aswan granite weighing 285 tons. In ancient times, apparently, the column was crowned with a statue of the emperor, which follows from the mosaic images of the 5th century.

It is still unknown, with the help of which technologies, it was possible to create such an incredible structure.

It is curious that next to Pompey’s column preserved catacombs and ruined ancient structures. Next to it are the remains of the grandiose temple of Serapeum, which was known as a secret repository of all surviving copies of the Alexandria Library. There is even a version that the Alexandrian pillar is one of the columns left from the Serapeum. 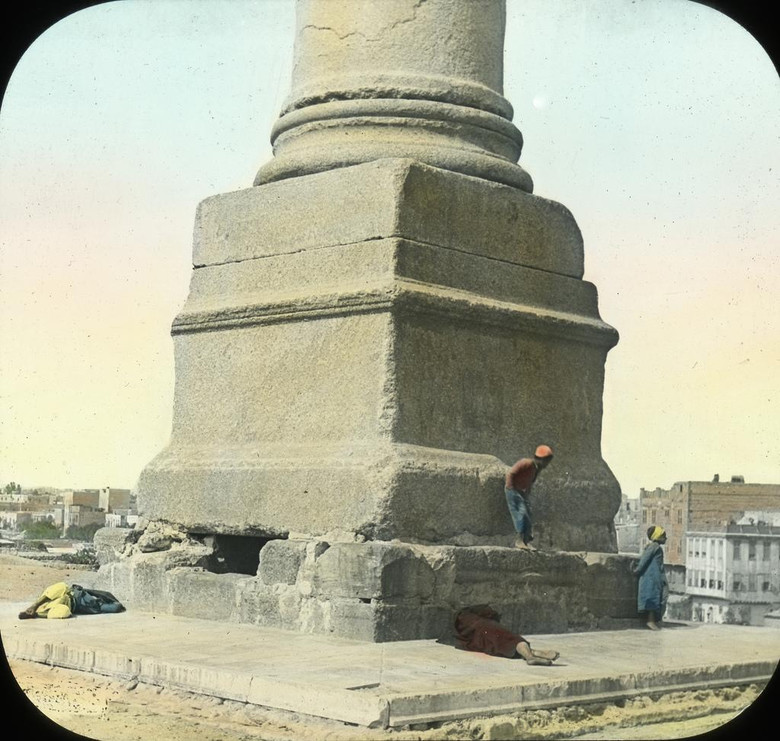 Pompey’s column is the largest Roman monolith outside Rome and Constantinople. In the folklore tradition, the legend prevailed that the consul was erected by the consul of Gnaeus Pompey the Great (106 BC – 48 BC). Officially it is believed that the column was built in honor of Emperor Diocletian prefect Elijah Publius in 297 CE. E. 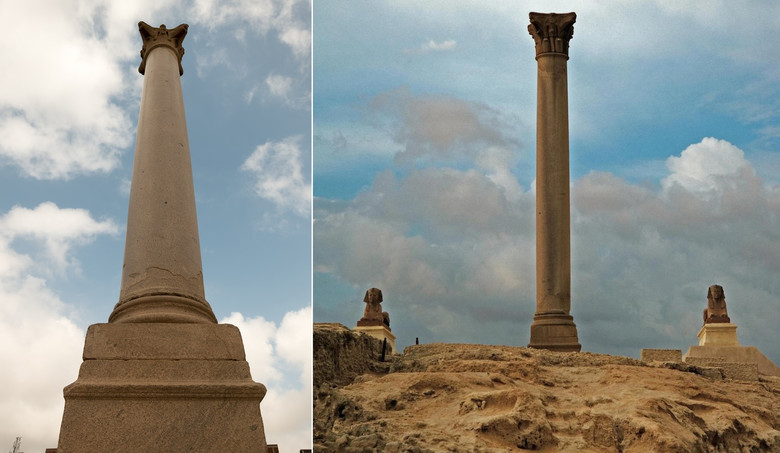 Legend argues that in 297 in the city of Alexandria there was a riot. And when, after a long ten-month siege, the troops of Emperor Diocletian took the city, they were amazed at the hunger in the city. But the emperor did not punish the rebellious city, but ordered to distribute bread to the inhabitants. In gratitude, the inhabitants of Alexandria and erected a noble Diocletian column of red Aswan granite.

So says the legend. In fact, the Romans always rigidly, for the edification of others, suppressed any uprisings, and it was thanks to this that they managed to hold the Roman Empire for a long time from disintegration. 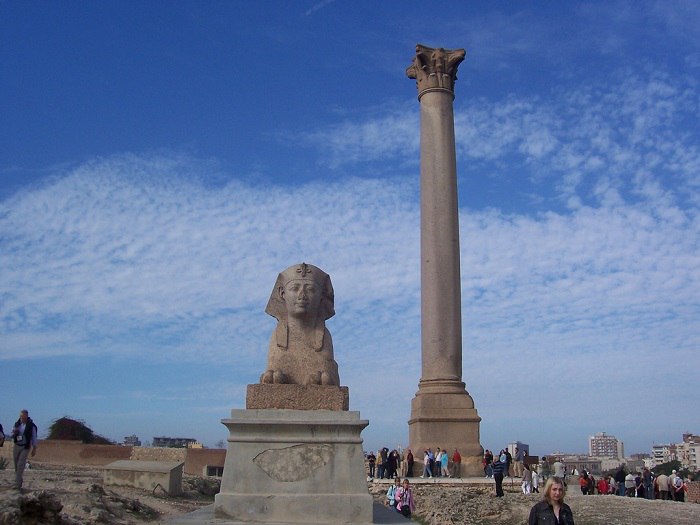 Sometimes they use a different name for the column – the Alexandrian Pillar. Almost thirty-meter pillar remained practically unchanged until our days. The column is in the south-west of Alexandria, and the city itself is located on the hills, which allows you to see the pillar from almost any part of the city.

Near the column are statues of the three sphinxes and the so-called “Nilomer” with which the ancients performed the annual water level of the unruly Nile River. 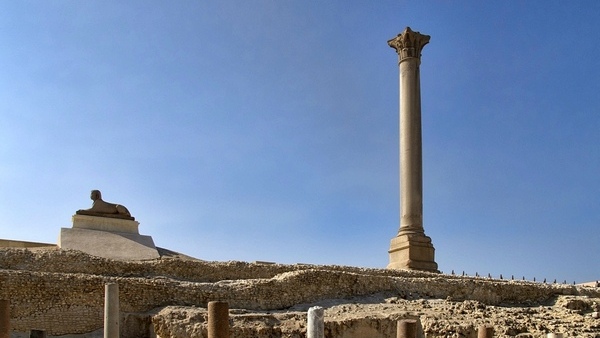