Proofs of a divine origin of Chinese are found 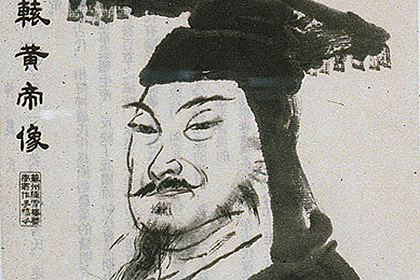 Geneticists from the Central southern university have found proofs that slightly less than a half of Chinese are descendants of mythical emperors Ian-di (or Shen-nun) in China and Juan-di to whom the divine origin was attributed. Scientists have presented the conclusions in the pre-print published in a repository of bioRxiv.org.

In 2014 work according to which 40 percent of Chinese are descendants of three “superprimogenitors” living during the Neolithic when agriculture development has begun has been published. Such conclusion is based on existence in population of three often found gaplotip (inherited together options of genes) in a Y-chromosome: O3a1c, O3a2c1 and O3a2c1a. Researchers have decided to find out whether these gaplotipa can initially belong to the first Chinese emperors.

Having studied myths and historical records, researchers have found out that, according to legends, the majority of the Chinese surnames there are from names of governors Ian-di and Juan-di. Geneticists have taken DNA samples from 2415 men who have been divided into several groups according to their surnames: Jiang (occurring from the emperor Ian-di), Ying and Ji (both from Juan-di). Several surnames which as it is considered, are related a name of the mythological hero rebel Chi Yu, the successor Ian-di have entered into the last group at once.

It is established that among carriers of a gaplotip O3a1c the surnames connected with Ian-di, and among O3a2c1a carriers — the surnames connected with Juan-di met more often. Gaplotip was characteristic O3a2c1 of people from the fourth group. Thus, scientists, according to them, managed to connect three “superprimogenitors” with ancient governors of China. However the genetic difference between various groups at the same time remains insignificant therefore it is impossible to come to unambiguous conclusions.

Juan-di — one of the first emperors of China who is considered the ancestor of all Chinese and the founder of Taoism. Ian-di, or “the fiery emperor” is the highest deity in a cult of the Sun, traditional for China, and also the patron of agriculture and medicine. Historians consider that both governors existed as real historic figures, however is later than steel heroes of myths.