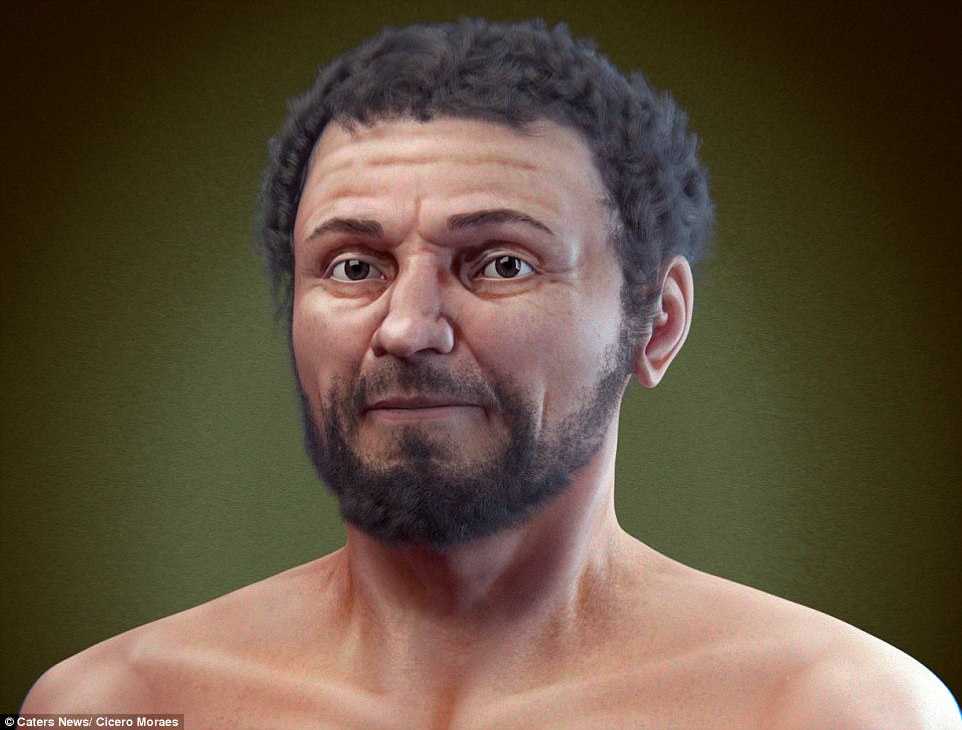 The eruption of Vesuvius in August of 79 AD became one of the most catastrophic eruptions in the history of Europe. Volcanic ash and pyroclastic flows (a mixture of hot volcanic gases, ash and stones) destroyed several coastal cities: Pompeii, Herculaneum and Stabia. The layer of petrified ash preserved the remains of the deceased townspeople to the present day.

The international group of researchers, which included archaeologists and specialists in 3D graphics, restored the features of one of the dead in Herculaneum. In total, more than 300 skeletons of victims were found in the city. One of the best preserved skulls was chosen for reconstruction. He belonged to a man who was about 50 years old at the time of his death. All the skulls of the victims are collected from fragments – they were destroyed by the high temperature of the pyroclastic flow, because of which the head tissues actually evaporated.

To produce the 3D-model, about 150 skull pictures were taken, made from different angles. Then, exemplary facial features were restored using photogrammetry methods – estimation of the shape and size of the object from the photograph. For this, software that is commonly used in medicine for the manufacture of 3D models of the human body (for example, the InVesalius program, which compares photos with computer and magnetic resonance imaging) is used.

At the next stage of the work the artists studied the studies devoted to the thickness and relief of the skin of modern Europeans of the same age as the victim of the eruption. The relief and thickness of the skin depend on the structure of the bone. The interrelation of these data is widely used in anthropological reconstruction of the appearance when creating volumetric models. The man’s nose was recreated on the basis of the structure of his nasal bone. The teeth were not preserved, but their location was approximately restored by 3D-models of skulls with similar parameters.

Such a reconstruction can not be considered irreproachably accurate “portrait” of a resident of Herculaneum. There are a number of claims to modern technologies for reconstructing facial features along the skull. The databases of facial thicknesses are still not large enough, they do not always fully reflect the sex and age characteristics of individuals. In addition, the world still does not have a single standard for approximating facial features, therefore, each reconstruction is partly subjective.

Nevertheless, the project complements other studies of Herculaneum, which for many decades remains the most important historical source. Further, the group, working on the project, proposes to recreate the appearance of one of the Pompeian townspeople.