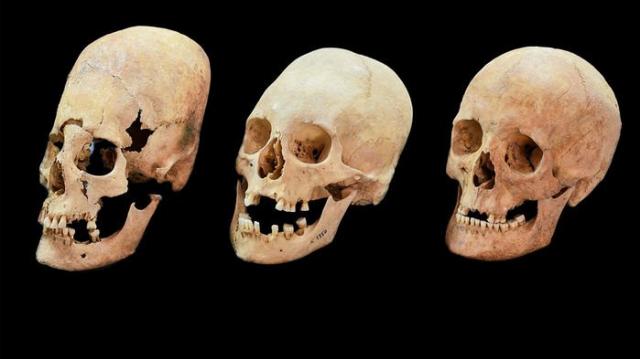 In the 1960s. archaeologists have discovered on the bank of the Danube in southern Germany ancient burials with artificially deformed skulls. Scientists have previously assumed that they belong to people who migrated to the territory of Bavaria. Now, thanks to the analysis of DNA, the researchers have obtained stronger proofs of this theory.

The age of burials experts estimate in 2,5 thousand years. Scientists compared the DNA samples taken from the remains with the DNA of modern Europeans and Asia. The DNA of 10 men and 13 women with normal-shaped skulls corresponded most to people living in central and northern Europe. Most of them had blonde hair and blue eyes.

However, the DNA of 13 women with elongated skulls resembled the DNA of women living in the territory of modern Bulgaria and Romania. They had dark hair and brown eyes.

The skulls of these women were deformed from birth. According to the researchers, the fact that only the remains of women with deformed skulls have been found in the burials are not accidental. Experts believe that these were brides who were given in marriage in order to strengthen the alliance between the tribes. Whether the tribes of their brides lived in Bavaria to the east are unknown.