Roman roads on the map of Britain 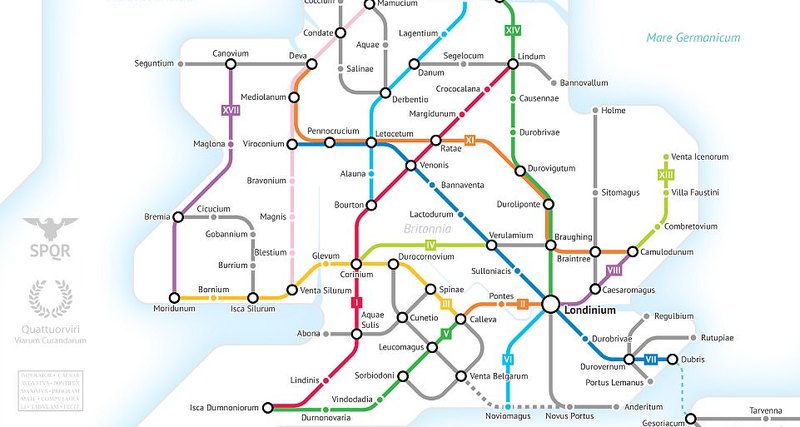 The Romans built on conscience, so many of their roads still serve. All roads built by citizens of the Eternal City in Britain are on this scheme.

London has many universally known symbols: Big Ben, bunk buses, crows of the Tower. The symbol and the map of the London subway, whose design has not changed for more than thirty years, is also one of such signs.

Taking as a basis the recognizable design, the designer Sasha Trubetskoi extended the scheme to the entire territory of the UK, but the color lines, which on the original scheme marked the metro line, on the Trubetskoy map-scheme are the Roman roads built according to the famous technology, and the ponsons indicate the settlements that existed At the beginning of the millennium, during Roman rule over the British Isles; All are mapped under their Roman names.

Almost all the military roads built by the Romans in Britain have been used to this day, although here and there their ancient stones are hidden under asphalt.

The Romans colonized the British Isles in the 1st century AD and held power over Roman Britain for four centuries. During this time, they built almost 9,000 kilometers of roads. 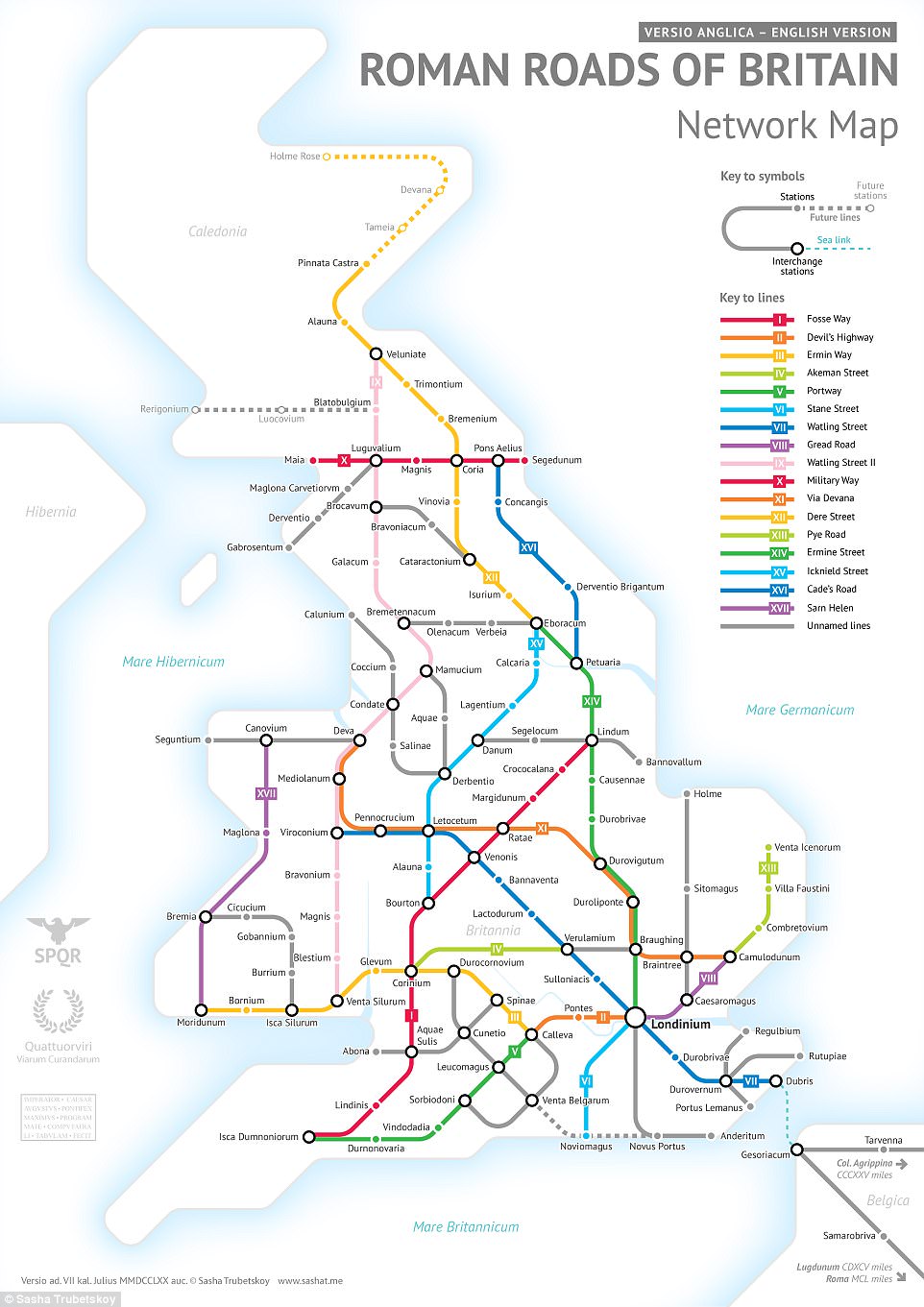