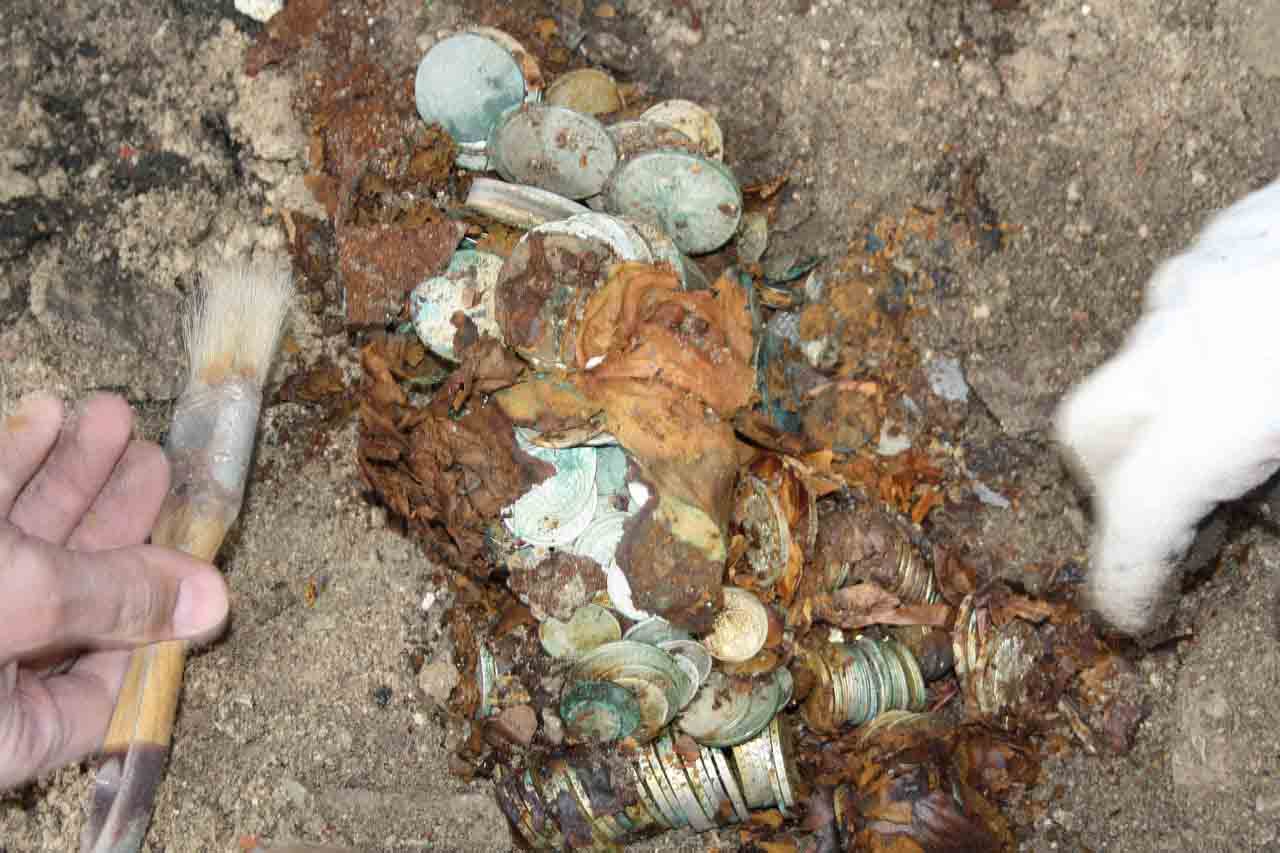 During archaeological excavations in Pskov were found buried treasure. Most of it are coins that allows you to trace the history of coinage from the XV to the early XX centuries. Experts of the Pskov archaeological center conducted excavations in the basement of the destroyed building at the Museum., 3.

Six cans in size 13 x 18 cm, was found on September 15 , contained a large numismatic collection, which allows us to trace the history of Russian coinage, and Russian coins from the XV century to the early twentieth century: from coins-scales Novgorod, Pskov, Tver, Moscow — to the coins of Nicholas II and the coronation coins. 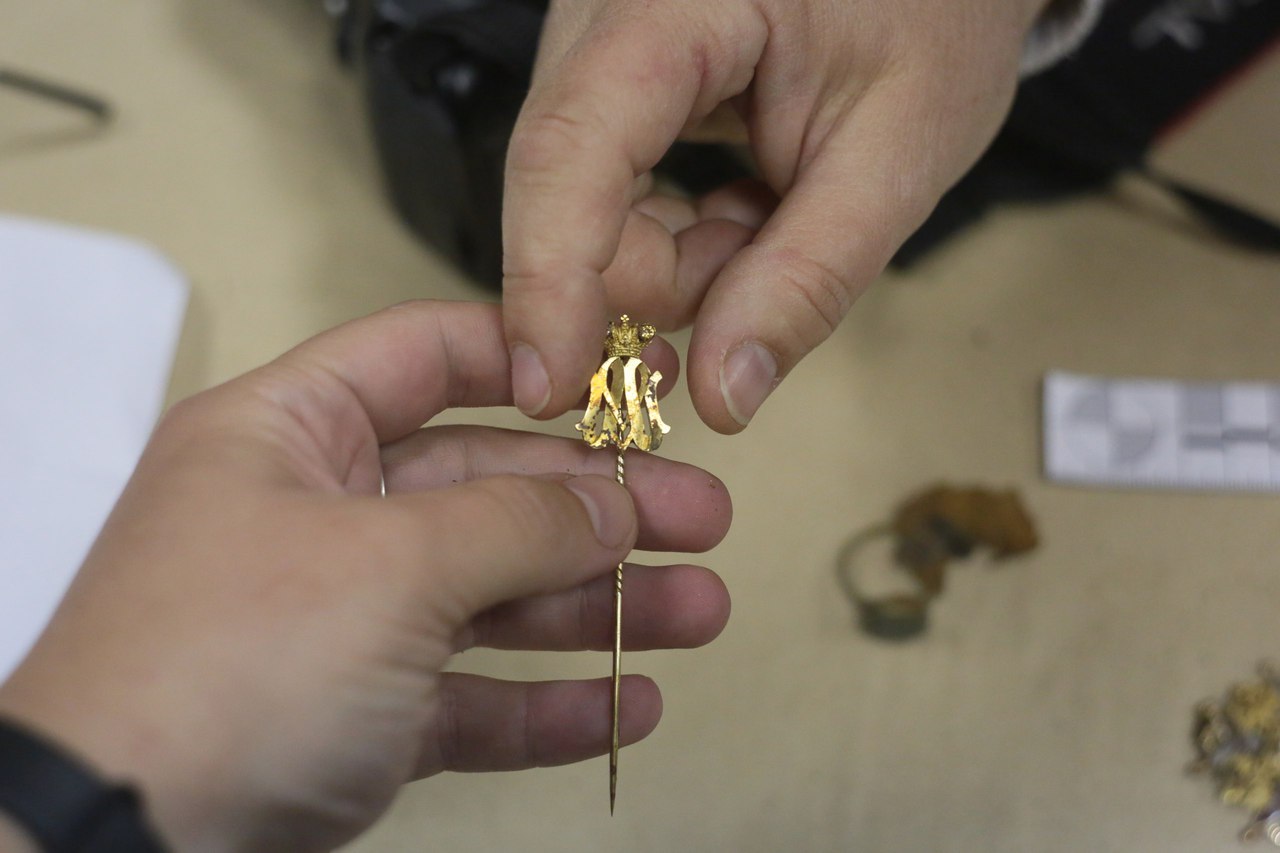 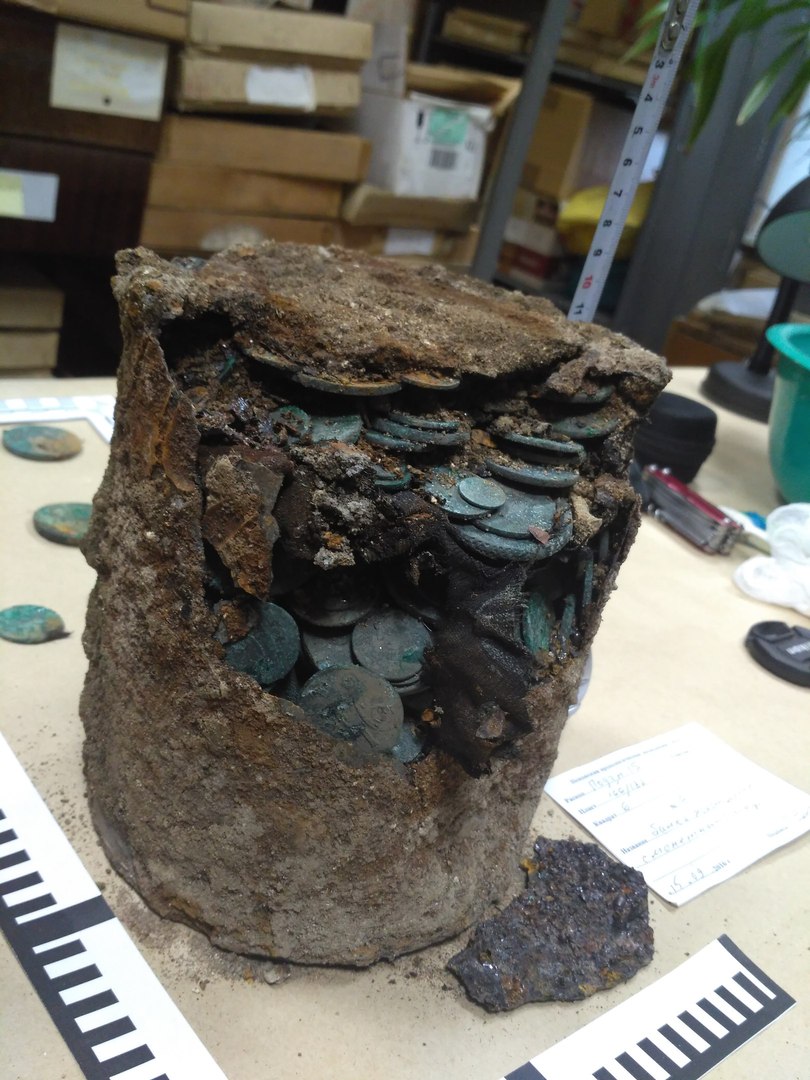 Among them are rare: such as polupoltina Tsar Alexei Mikhailovich or coins of Boris Godunov.

Of the items included in the hoard belongs to the category of the state awards. Among them are the medals of the XVIII—XIX centuries, a Cup and two glasses with monograms of Catherine II, and premium bucket with the Imperial coat of arms and an inscription. In addition, archaeologists have discovered a small cult of plastics belonging to the XV — XIX centuries: icons triptychs, icons, crosses kiotny.

The historical value of the findings significantly exceeds its monetary value. Currently, the items found are entered in the register and preparing for restoration. Some are already working professionals. Among the priority tasks — the reading of the inscription on the award bucket.

The head of archaeological expedition Tatiana Ershova told that the Newspapers which were wrapped found objects, was able to establish the time of the burial values: autumn of 1917. Thus, according to the archaeologist, the most likely owner of such a collection can be an heir of the Pskov merchant Fyodor Plyushkin (1837-1911), who lived in Pskov in this period. And Fedor Plyushkin known as the largest collector of Russian Empire