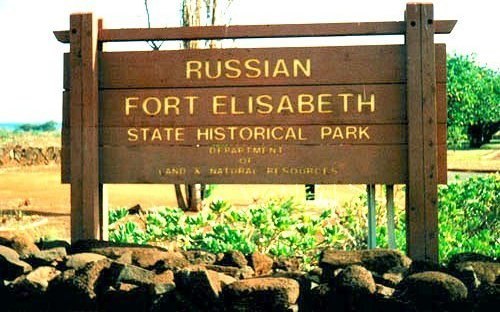 In addition to developing Alaska and other areas of the Pacific coast of North America, the Russian-American company attempted to consolidate in Hawaii.

In 1816, employee of the company Georg Sheffer signed a secret agreement with Kaumualli, the king of the island of Kauai, who wanted to free himself from the vassalage of the king of all the islands of Kamehameha. Under the agreement, Kaumuali asked the Russian Emperor Alexander I to protect the protectorate over them and allocated to the Russian colonists the land under the factories and plantations on which Schaeffer built three forts.

However, the aggressive actions of the Americans forced the Russians to leave the island, and the emperor refused to apply, fearing to complicate relations between Russia and the United States and recognized Hawaii as the sphere of US influence.

Now from that time there were only ruins of the Elizabethan fortress on the island of Kauai, declared a national historical monument.