Russians on the Kola Peninsula appeared earlier than it was thought 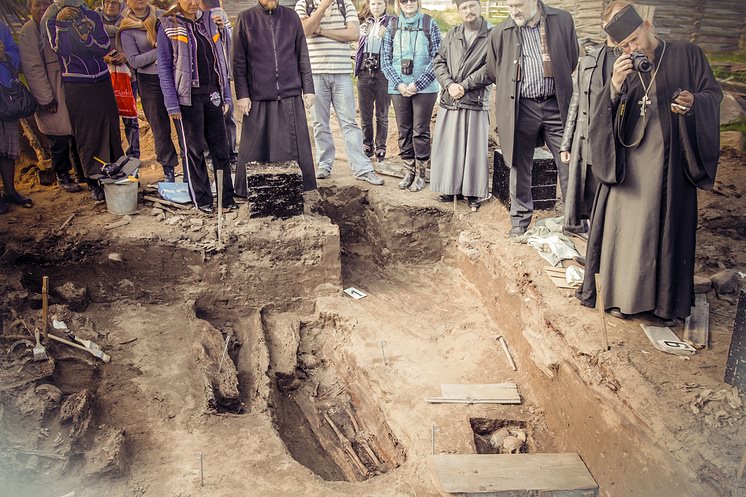 “We have to find the greatest shrine of the North – the burial of 116 martyrs, monks who died during the villainous attack of Swedish subjects.” The Pechenga monastery, founded by the Monk Tryphon in the beginning of the 16th century, was our most important outpost in the north-west of Europe.

The ruin of the monastery occurred in the winter of 1589, just before Christmas – a band of robbers unexpectedly attacked the monastery, destroyed numerous buildings and churches, carving out the entire monastic brethren, headed by the abbot Guriy. These martyrs in our day were glorified as the Martyrs. In 2003, His Holiness Patriarch Alexy II, at our petition, decided to glorify them in the saints’ face, “says bishop Mitrofan, the ruling bishop of the North Sea diocese.

Excavations, scientists and archaeologists together with representatives of the North Sea Diocese are planning to start this year. The works will be conducted on the territory of Trifonov Pechenga Monastery in the Murmansk region, 50 km from the Russian-Norwegian border. In the course of the work, scientists and monks of the monastery hope to find the remains of 116 monastic martyrs who lived in the monastery in the 16th century.

Vladyka Mitrofan says that preliminary studies on these monastic territories have already been carried out and the place where the remains may be located is approximately known.

Also, the North Sea Diocese in the future plans to begin excavations in the Borisoglebsky Skete of Trifon Pechenga Monastery, located on the very border with Norway on the Paz River. These works, as Vladyka Mitrofan hopes, should give new material not only to historians of the church, but also to researchers of the history of the indigenous population of the Kola Peninsula.

“This study will undoubtedly allow us not only to get important facts from the church history of the region, but also to discover new layers of Lappish (Saami) culture, since the Pazretsky pogost has always been a purely Lapar settlement.” The founder of the Trifon Pechenga Monastery, the Monk Tryphon, in the wake of his enlightenment mission to The Kola North actively baptized the local Saami in the Paz River, and, doubtless, our excavations will lead to new interesting discoveries, complementing our knowledge of the life and culture of the ancient Saami, “summed Vladyka Mi trophane.

Bishop Mitrofan has been engaged in the history and archeology of the Kola Peninsula for more than 20 years. The result of the research conducted by Vladyka together with historians and archaeologists of the North-West Federal District was the three-volume “History of the Kola North in the Middle Ages”, which was presented in 2017 in the St. Petersburg branch of the Russian Geographical Society to both the scientific community and all those interested in the history of the Far North of Europe.

In his work, the author insists that the settlement of the Kola Peninsula by Russian settlers did not begin at the end of the Middle Ages, as is sometimes claimed, but much earlier, and the first Novgorod settlements arose in this territory not later than the XIV century.

“We with the archaeologist of the Karelian University Mark Shakhnovich managed to find the crowns of the first Orthodox church built on the Kola Peninsula.The radiocarbon analysis of the burned logs showed that this building of the St. Nicholas Church in Varzuga was founded around 1325. That is, at the beginning of the XIV century, the construction of churches, “- said the Bishop.

“It should be understood that the construction of temples marks a very high degree of development of the Pomeranian settlements on the shores of the Kola Peninsula.The temple can not arise from scratch, first there are temporary settlements, the number of potential parishioners who turn to the Novgorod bishop with a request to send a priest, etc. That is, Varzuga by the beginning of the fourteenth century already represented an established, developed settlement, and consequently the development of the Kola North by Russian people began much earlier, “concludes Bishop Mitrofan.