Scientists approached the solution of the disappearance of Amelia Earhart 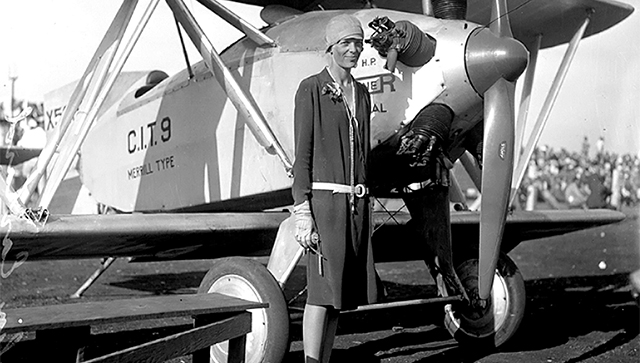 Human remains discovered in 1940 on an uninhabited island, with a probability of 99% belong to the legendary American pilot Amelia Earhart. To this conclusion came the anthropologist from the University of Tennessee Richard Janz.

Earhart – the first woman to make a transatlantic flight – disappeared in 1937 during a round-the-world flight. In 1940, on the uninhabited island of Nikumaroro, remains were found that experts considered masculine. It was assumed that they belong to the navigator Erhart Fred Noonan.

However, Richard Dzhanz is sure that then the experts were mistaken. The anthropologist re-examined the parameters of the bones and compared them with the data on the height and weight of Earhart. In addition, the scientist analyzed photos and clothes of the pilot, in order to more accurately determine its proportions.

After that, the skeleton of Earhart was compared with the parameters of 2.7 thousand people randomly selected. In 99% of cases, the bones found on the island, rather, belonged to a missing pilot, than to other people.

“Until definitive evidence is presented that this is not her remains, the most convincing argument remains that it is the remains of Amelia Earhart,” the scientist said.

In June 2017, the research organization TIGHAR organized a new expedition to search for the remains of Earhart. Scientists are assisted by dogs of breed Border Collie specially trained for expert-criminalistic work.