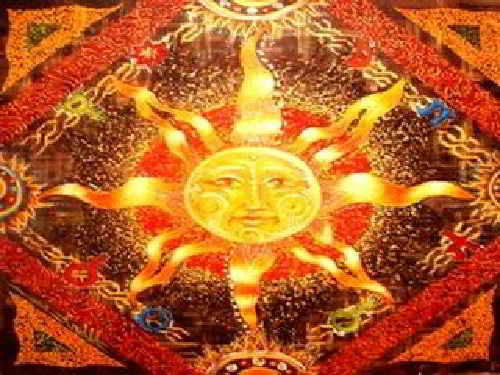 Unlike other natural phenomena, spots and prominences on the sun leave no trace of earthly objects, therefore, to trace their history earlier than the beginning of systematic observations impossible. Galileo described the motion of the Sun and all that watched it, at the beginning of the seventeenth century; we do not have information about what happened to our star before.

So now the historians and astrophysicists turn to the ancient manuscripts to find the instructions on memorable events — the appearance of sunspots and the Northern lights.

The results of the study were published in the journal Publications of the Astronomical Society of Japan. Treating Chinese, Japanese, and European sources, scientists have found evidence of “a white rainbow” and “rainbow charm”, referring to one and the same time. Based on the fact that the unusual atmospheric phenomena were recorded simultaneously at distant from other regions, the researchers conclude: we are talking about Northern lights. And since the lights are caused by collisions of ions solar wind with atoms in the atmosphere, their appearance demonstrates the increased flow of charged particles from the Sun.

Last year the same researchers published a similar collection of evidence found in the documents of the Chinese Empire sun (X — XIII CC.) — the spots on the Sun described in these documents as plums, peaches or eggs on the solar disk. We found only 38 spots on the Sun, 13 unusual (white) rainbows and 193 others like the Northern lights phenomena.

Documents that historians looking for evidence of such phenomena was not written as the journals of astronomical observations. A language in them that allow for different interpretations or even worse — written poems. The researchers hope that a comparison with Arabic, Korean and European sources will help to distinguish those descriptions that refer to actual astronomical events.