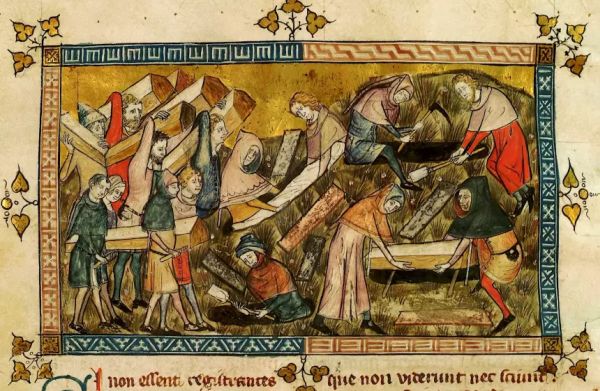 The Black Death, the biggest pandemic in our history, was caused by the bacterium Y. pestis and lasted in Europe from 1346 to 1353. Its origin was long unknown. pandemics from Central Asia.

In 1347, the plague first entered the Mediterranean through merchant ships carrying goods from the territories of the Golden Horde. The disease then spread throughout Europe, the Middle East and North Africa, killing up to 60 percent of the population in a large-scale outbreak known as the Black Death. This first wave later developed into a 500-year-old pandemic, the so-called Second Plague Pandemic, which lasted until the beginning of the 19th century.

An international team of scientists analyzed ancient DNA from human remains, as well as historical and archaeological data from two sites where early signs of the plague had been found.

“We have found the original strain of the Black Death and even know its exact date (meaning 1338),” says Maria Spirou, lead author and researcher at the University of Tübingen.

They also found that modern strains, most closely related to the ancient strain, are now found in plague reservoirs in the Tien Shan mountains, that is, very close to the place where the ancient strain was discovered. This indicates that the progenitor of the “black death” originated in Central Asia.