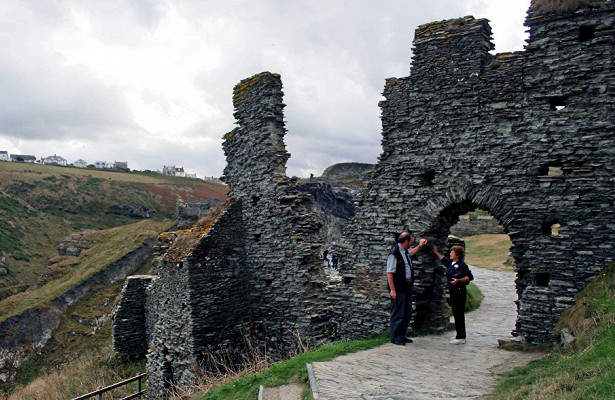 In the castle of Tintagel was found a stone with 1300-year-old inscriptions in Latin and Greek, as well as Christian symbols, indicating that the composition of the Knights of the Round Table was more multinational than commonly believed.

Together with the stone that was the window sill of the medieval window, in the castle of Tintagel, inextricably linked with the legend of King Arthur, shells of oysters, Turkish bowls, glass glasses from Spain dating back to the same historical period were found.

In the world very rare there are preserved inscriptions of the early Middle Ages, therefore this finding in itself is very unusual.

“The style of the letter and the language used, as well as the Christian symbols showing the presence of contacts with the Mediterranean, give us valuable information about the culture of those who lived in Tintagel in the seventh century,” says an expert from the University of London, Michelle Brown.