Scientists found out why the Aztec Empire disappeared 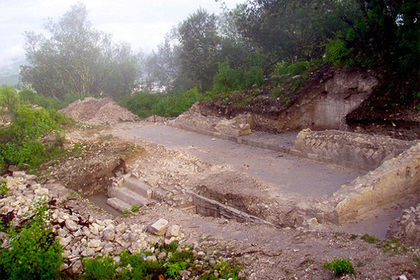 Scientists of the Max Planck Institute (Germany) found that the Aztec empire that existed in Central America in the 14th-16th centuries could be destroyed by an epidemic of salmonella caused by bacteria introduced by Europeans. Because of the disease, 7-17 million Native Americans died, who did not have immunity to microorganisms.

In 1519, at the time of the conquistadors’ arrival, led by Ernan Cortes, the Aztec population was 25 million. The capital of the empire was Tenochtitlan, which is believed to be the largest city on Earth of that time with a population of up to 500 thousand people. A century after the capture of Tenochtitlan, the number of Aztecs dropped to one million. One of the causes of the death of the ancient civilization was an epidemic that affected much of Mexico and Guatemala.

Researchers took samples of tooth pulp from ten skeletons belonging to the Aztecs, who died after the conquest of the Aztec Empire by the conquistadors. Traces of salmonella were found that were not characteristic of the remains of people buried before the arrival of Europeans. Infection with this bacterium leads to severe fever, dehydration and disruption of the gastrointestinal tract.