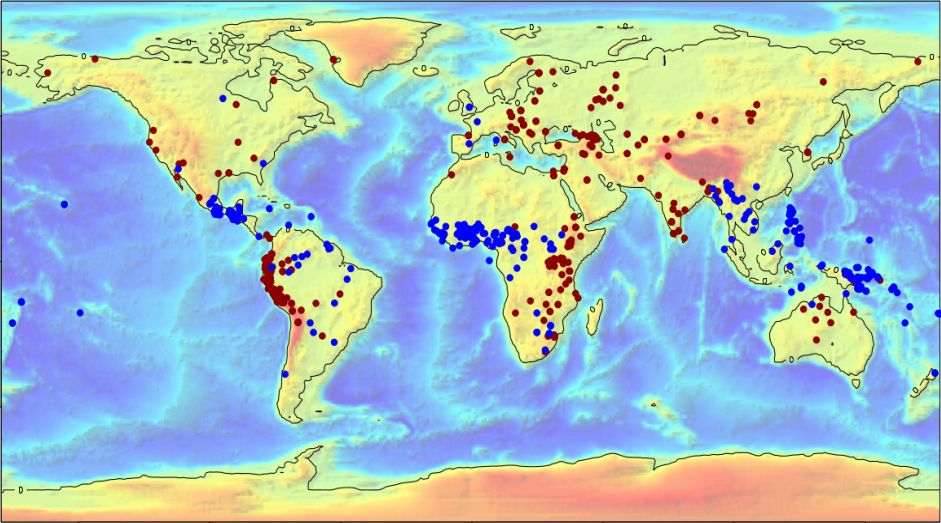 Researchers from the United States and Germany confirmed the hypothesis of settling the New World in a northern way based on the distribution of the complexity of languages.

A significant variability in the morphological complexity of languages ​​is associated with a number of social factors. So, the indicator is associated with the strength of relations between individuals, the specifics of interaction with speakers of other languages ​​and the size of the community. It is noteworthy that the languages ​​used by a larger number of people are usually easier than those on which almost no one speaks. In addition, relatively new languages, in particular Creole, can be less complicated than the older ones: this is because in the absence of a long history, new languages ​​include only the elements necessary for communication. To relatively complex scientists also include the languages ​​of highland peoples, who support prolonged social isolation.

In the new paper, the staff of the University of California and the University of Tubingen studied the languages ​​of the American Indians using the Autotyp databases and the “World Atlas of Language Structures.” Languages ​​were evaluated according to three criteria: relative complexity, classification complexity and the degree of word variability. Relative complexity expressed the number of forms, using which you can perform a single language function. For example, in English, the plural of nouns is described using two basic strategies – the unproductive change of the vowels (as in the teeth) and the productive ending -s (as in the balls) – and a number of additional ones. 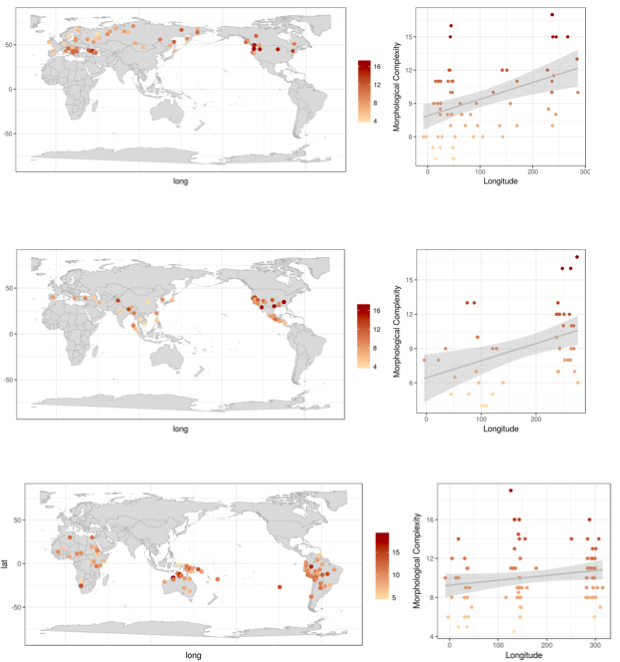 The classification complexity was evaluated according to the order of words, the number of consonants and vowels, tones and morphological parameters, including cases and times – only 28 units. Mapping of the obtained data allowed the researchers to reveal a significant correlation between the longitude and the total complexity of the language. Thus, the languages ​​of North America and North-East Eurasia had a high complexity, not peculiar to the plains. Among other things, this can explain the continuity of the languages ​​of the first Paleo-Indians and Siberian hunters. In the Andes, on average, the increased complexity of high-mountain languages ​​is leveled – probably because of the mobility in the Inca Empire.

Despite continuing over a hundred years of discussion, the problem of the settlement of America remains urgent for archeologists, folklorists, geneticists and linguists. For a long time, the hypothesis of the development of the region by Paleo-Asiatic hunters through the land corridor on the site of the Bering Strait 14-20 thousand years ago was considered as dominant. In particular, according to a recent analysis of the remains found in the Bluffs Caves, stone tools could be used in the territory of modern Canada already in 24 000 BC. However, in 2015, based on the more ancient dating of a number of finds, hypotheses were formulated about the settlement of the New World through the Pacific Ocean.