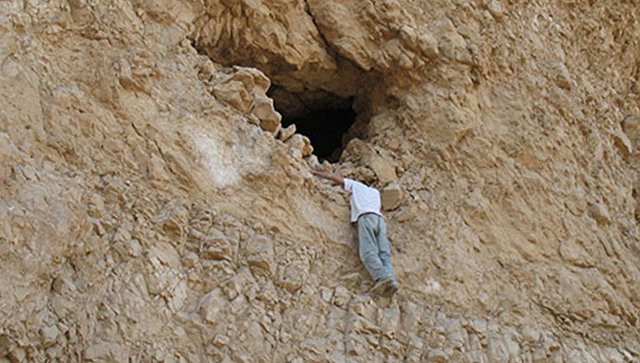 Geneticists were able to extract and decode the DNA of the oldest beans in the history of mankind fossil barley buried more than 6 thousand years ago in a cave near the Dead sea in Israel.

“Our analysis showed that the barley, which was grown in the region of 6 thousand years ago differed substantially from the point of view of genetics from the local wild forms of this cereal. But, interestingly, it is very similar to the varieties of barley that are cultivated in Israel today. This suggests that the domestication of barley in the “fertile Crescent” was a long time ago, long before the advent of this “Bible” of the era,” said Nils Stein (Nils Stein) from the Leibniz Institute in Gatersleben (Germany).

Stein and dozens of other archaeologists and paleogenetics under the leadership of Johannes Krause (Johannes Krause of the University of tübingen (Germany) made this discovery by studying the artifacts found by the authors recently in the cave Yoram, located in the Judean desert on the shore of the Dead sea.

Due to the extremely dry and stable climate and the inaccessibility of the cave, all the artifacts, including the stems and seeds of the plants buried in the soil at its bottom, perfectly preserved and reached our days almost in the form in which they existed 6,2-5,8 thousand years ago, at the beginning of the copper age, or, speaking in terms of biblical myths, even before the flood.

Krause and his colleagues cut a total of 10 grains of barley and some ears of corn and obtained enough genetic material to complete reconstruction of the plant’s genome and uncovering the secrets of ancient farmers of the Middle East.

Scientists initially expected that the gene “antediluvian” barley is more similar to DNA of wild species of cereals, which are now growing in the middle East and which, as historians believe, were the progenitors of all modern varieties of wheat, barley and other crops approximately 10-12 thousand years ago.

In fact, it was not drevneindiysky barley was a little similar in the architecture of the genome to the wild varieties of cereals, and more like modern varieties of agricultural crops grown in Israel and in the Arab countries of the region today.

This tells me two things – about the amazing historical continuity, indicating that the agricultural traditions of the region has never been interrupted and has survived to our time, despite the turbulent history of the Middle East and his conquest of various cultures – the Assyrians, Persians, Romans, Arabs and Turks. In addition, it suggests that humanity is completely “domesticated” grasses much earlier than we thought earlier that may force archaeologists to reconsider the story of the birth of civilization.

By coincidence, the oldest cultivated barley from the cave Yoram, studied by Krause and his colleagues, became only the second cereal after the first corn, whose prehistoric genome was decoded by scientists, and thus the oldest sample farm of art in the history of mankind. As scientists hope that further excavations in the “fertile Crescent” will help them to find more ancient grains, the genome of which we find traces of their cultivation.