Scientists have described a new kind of oviraptors 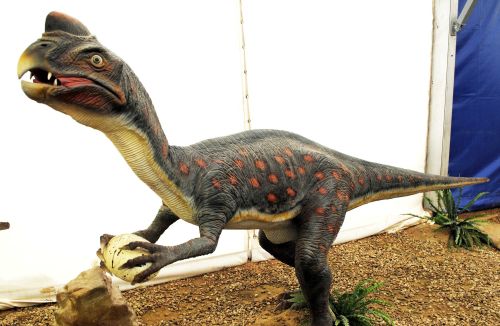 Researchers have described a new kind of dinosaur of the genus Oviraptor. Apparently, for these creatures was characterized by the so-called. communal overnight, which can be observed, in particular, in modern birds.

The beginning of this story was laid in 2006. It was then that the remains of three oviraptors were found in the Gobi Desert – a vast region in Central Asia. Black diggers wanted to take out the find, but they were prevented by Mongolian customs officers. Soon, immured in stone, the creatures interested in Canadian paleontologist Gregory F. Funston (Gregory F. Funston). He also drew attention to the previously unknown to science dinosaurs. The results of the study can be found in the proceedings of the conference of the Society of Vertebrate Paleontology in Canada’s Calgary. The review is also available in Nature.

The new species has not yet received a name. Unknown to science, the creature lived in the Cretaceous about 70 million years ago. The dinosaur had a dome-shaped crest, relatively long anterior and posterior paws, and a short tail. The analysis showed that the found creatures were young: their age was from two to five years.

Scientists were interested in one feature. Two dinosaurs lay on their stomachs, their limbs wrapped around their heads, turned to the body. This resembles the pose emu and ostriches, when they sleep. Therefore, the researchers suggested that the creatures died in a dream. According to another version, the oviraptors were hiding from predators or they wanted to warm up. These findings speak in favor of the fact that experts first encountered the case of the so-called. Communal spending the night with dinosaurs. Communal sleep is called the behavior of some primates, bats and birds, when these animals are “kuchkuyutsya” for spending the night or, for example, fleeing from bad weather. 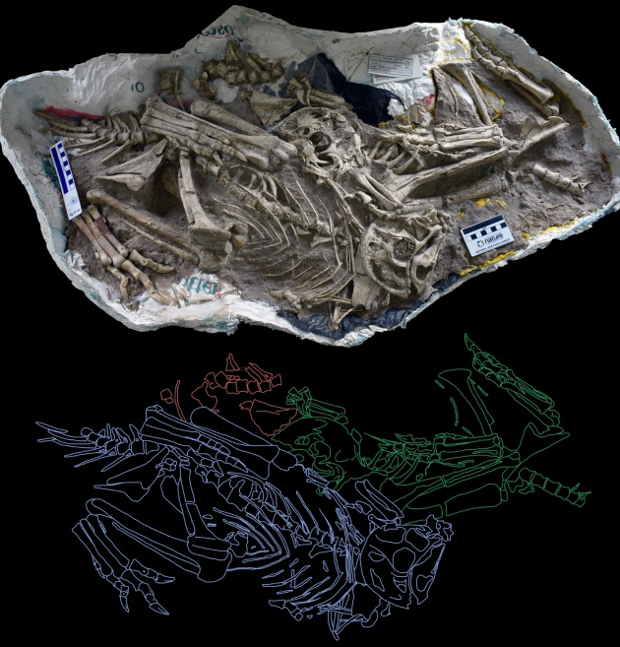 The information available to scientists about oviraptors partially confirm this version. The fact is that these creatures were social animals. They lived together and looked for food. With the help of a comb, they probably attracted partners for mating.

The name of these dinosaurs (literally translated as “egg egg”) is associated with the probable error of the researchers. They believed that creatures stole other people’s eggs. Then the scientists found out that the eggs found next to them belong, most likely, to the oviraptors themselves, and not protoceratops, as originally suggested.

One of the most interesting findings related to oviraptorov was “Dirty dragon on the way to heaven.” The poetic name of the creature was due to the fact that drowned in the mud of a marsh swamp. This finding can help rethink the existing theories about extinction of dinosaurs.