Scientists have discovered why extinct the last mammoths on Earth 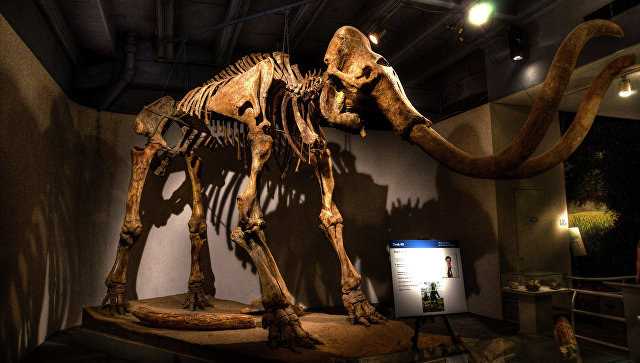 The last mammoths on Earth, who lived on the coast of Alaska and on Islands in the Chukchi sea, do not become extinct as a result of degeneration or of hunting them human, and due to the disappearance of freshwater sources as the retreat and melting of glaciers, according to a paper published in the journal PNAS.

Our study revealed the terrible situation in which they lived, these mammoths. What happened to the water on these Islands, clearly indicates why they were in a hopeless situation and became extinct. All this underlines that the lack of water is rarely considered as a probable cause of extinction, and that we underestimate the vulnerability of the fauna of small Islands to climate change even in the absence of people, ” said Matthew Wooller (Matthew Wooller) from the University of Alaska Fairbanks (USA).

To date, there is no common opinion about the reasons for the extinction of Ice age megafauna. Some scientists believe that mammoths, woolly rhinos became extinct solely because of climate change, while other paleontologists adhere to the hypothesis of equal contribution of man and climate in the extinction of giant animals in Asia and America.

Recently paleontologists have found in Siberia-milk tusks of several mammoths, traces of which clearly showed that the extinction of these giants, who lived on the Taimyr Peninsula in Eastern Siberia, was involved people-hunters.

But apparently, this process proceeded in different parts of the world, even relatively close to each other for different reasons – Vollero and his colleagues managed to find traces of what mammoths in Alaska died out for climatic reasons, studying various traces of their stay on the island of St. Paul, where the giants held up to the time of the ancient Egyptians and the Minoans and became extinct around 5, 6 thousand years ago.

As the scientists explain, the presence of such large animals is not lost on flora and fauna of the ecosystem where they live. For example, excrement mammoths feed on certain fungi, spores of which are today found only in habitats of elephants in Africa and Asia, and vegetation composition changes when large animals appear or disappear.

All of these things, according to Woller, well imprinted in the sediments in ancient lakes that existed in the days of mammoths. Using soil samples from one such pond on the island of St. Paul, the authors calculated the time of the extinction of the mammoths, using a few different methods and criteria – radiocarbon analysis of the spores of fungi, analysis of their DNA and changes in the species composition of pollen and bones of other animals.

All these things pointed to one and the same date of the extinction of the mammoths – 5600 years ago, plus or minus 100 years, which the authors consider to be the most accurate Dating of the extinction in the history of mankind. This date, according to them, told the tragic story of the disappearance of mammoths.

The fact that this same mark, in fact, ends the history of the lake, the former, as scientists believe, one of the few sources of fresh water on the island of St. Paul. Reason for its disappearance, apparently, was the climate, but the mammoths accelerated its destruction and drying out, digging out soil from the banks of the reservoir, where there were supposedly the last large plants of the island.

As a result, the lake quickly turned into a mud puddle that was impossible to drink, and the vegetation cover that protected the water from evaporation, disappeared. This led to the disappearance of the last of the mammoths of America and possibly the Earth.