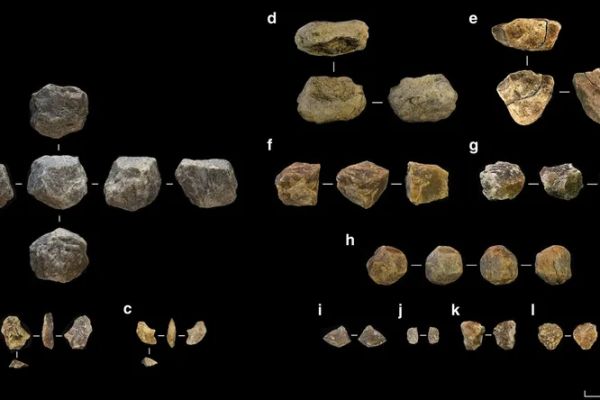 Paleontologists have studied artifacts found in the Olduvai Gorge in Tanzania. As a result, the authors showed how the ancient representatives of the hominini tribe managed to survive in a climate that was changing quite rapidly at that time.

Ancient people returned to one gorge in Tanzania several times over hundreds of thousands of years. Scientists have shown that simple tools helped these hominids survive in a changing climate

The oldest evidence of the existence of ancient human relatives in the Olduvai Gorge is stone tools made about 2.03 million years ago. These artifacts are part of the Olduvan culture and are relatively simple stone tools made by early homininis such as H. erectus and H. habilis.

Olduvan tools are mostly sharp flakes and very simple tools for grinding and scraping. They are much less sophisticated and accurate than the tools made by later homininis like the Neanderthals. Despite their simplicity, the tools of the Olduvan culture helped ancient people survive in changing environmental conditions and protect themselves from predators.

The authors of a new study from the Max Planck Institute for the History of Humanity have found fossilized pollen and microscopic pieces of fossilized plant tissue – phytoliths – in a geological layer dating back two million years ago, as well as 10 stone tools. Geochemical analysis of the tools suggested that some of the material from which the tools were created were collected by ancient hominini near their dwelling, and the rest was mined 12 kilometers from the “home”. For grinding tools, the ancient people of that time, according to scientists, chose rather strange materials.

But a few thousand years later, the landscape in this area has changed a lot: thickets of ferns replaced meadows and forests, and the river turned into a lake, which gradually expanded. Later, the shore of the lake was replaced by dry steppe, almost devoid of trees and grass. Each of these environments had different food, access to water, and predator and climate problems. Scientists found that the hominins left the basin several times, possibly due to sudden environmental changes or volcanic eruptions, but continued to return to the gorge over and over again.

For roughly 200,000 years, homininis have used the same tools: the authors showed that these devices were simple, but incredibly versatile. Perhaps it was thanks to this that ancient people managed to survive in an ever-changing environment.