Scientists have found the gene civilization and Smoking in human DNA 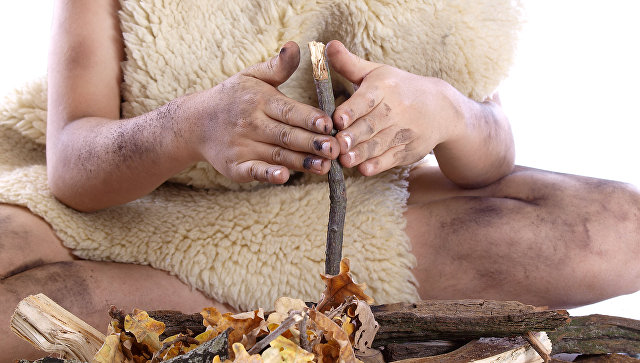 Geneticists from the US have found an unusual gene and mutation within it that taught the CRO-magnons to carry the smoke from the fires that helped them to win up in the fight against the Neanderthals, and allows modern people to smoke tobacco without a lot harm to health.

Inhaling the smoke, the person receives a load large doses of toxic polyaromatic hydrocarbons. The body must get rid of them, but the rapid absorption and destruction of these substances leads to massive cell death and the emergence of cancer. Need to find a balance between the rate of neutralization of toxins and harm to the body, said Gary pardue (Gary Perdew) from the University of Pennsylvania in University Park (USA).

In 2009, the team of geneticists under the leadership of Svante Paabo decoded the genome of Neanderthals reconstructed from fragments of DNA from the bones of Homo neanderthalensis, found in Hungary and Croatia. Today scientists are actively comparing the genomes of the aborigines of Europe and their rivals, the CRO-magnons in an attempt to understand why the Neanderthals were more adapted to the climate of Europe, became extinct and left no trace, except for 1-3% of human DNA.

Pardew and his colleagues found a possible reason for this victory of our ancestors-immigrants over their local cousins, studying the genes associated with how the lungs interact with other substances contained in the inhaled air.

Comparing how the genome was arranged in modern humans and Neanderthals, genetics noticed something unusual – it turned out that our version of the AhR gene responsible for the reaction of the lung to aromatic hydrocarbons, the most powerful carcinogens and toxins, does not look like his Neanderthal counterpart.

After analyzing its structure, the researchers came to the conclusion that the human version of this gene contains a mutation that made the protein Assembly instructions which it contains, is less sensitive to benzene and other similar molecules than the system AhR Neanderthals.

Interestingly, the human version of this gene is the same for all living humans and is not found among all the other hominids and primates, including the denisovans, whose AhR gene similar in structure to the Neanderthal version which tens of thousands of times more sensitive to carcinogens than our version. This suggests that this gene was essential for our evolution.

Why the evolution to reduce the sensitivity of the lungs to carcinogens and potentially to make a person more susceptible to their action? Scientists believe that such strange and seemed pointless mutations had a definite purpose – they allow person to live in conditions of constant smoke, what need arose after the development of the fire by our ancestors about a million years ago and the appearance of the first rudiments of civilization.

The absence of similar mutations in Neanderthals, say the authors, could be one of the reasons for their extinction and defeat in the war with CRO-magnon European Homo neanderthalensis, as well as their competitors-migrants lived in caves and ate roast meat and cooked plant foods, falling under a similar amount of smoke and carcinogens.

Their metabolism, as scientists believe, could not cope with such amounts of harmful substances, leading to massive cell death and cancer development. Such a scenario would be good to explain why the birth rate among Neanderthals, as evidenced by their low level of genetic diversity, has always been consistently low.

The same ability that enabled our ancestors to win the fight against the Neanderthals, could serve as the basis for the main bad habits of our time – Smoking. Due to the low sensitivity of the lung to smoke, tobacco smoke, smokers do not think something is very unpleasant, and does not lead to a rapid deterioration in health status that allows them to smoke for decades and earn lung cancer, the scientists conclude.