Scientists have learned the date of the eruption, which destroyed the Cretan-Minoan civilization 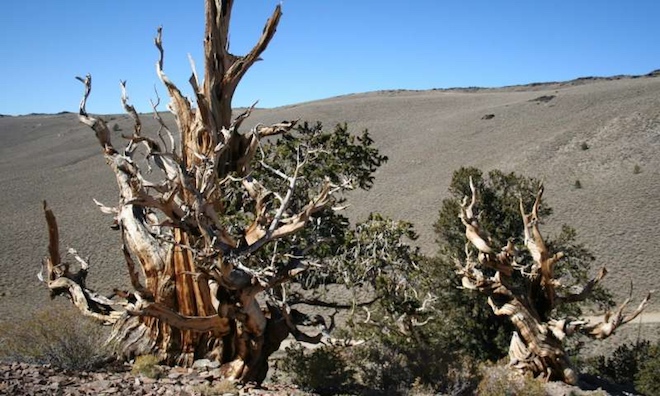 A new analysis, in which tree rings were used, resolved the controversy about when the Santorini super volcano exploded. The findings helped to resolve previous inconsistencies between the archaeological and radiocarbon dating methods of eruption, according to researchers at the University of Arizona (USA).

The explosive eruption of Santorini more than 3,400 years ago buried the Minoan settlement on the island of Tire under a layer of ash and pumice more than 40 meters thick. The impact of the eruption was felt even in Egypt and in the territory of modern Istanbul in Turkey.

Archaeologists believed that the eruption occurred between 1570 and 1500 AD. BC. e, on the basis of human artifacts, for example, Egyptian chronicles and pottery found in excavations.

Since then, radiocarbon testing methods have been refined and require only a wood chip, so Charlotte Pearson, the lead author of the study, and her colleagues were able to check the annual increment of tree rings from 1500 to 1700. BC. e. – before, during and after the moment when Santorin was thought to have exploded. 285 samples of annual tree rings were analyzed.

Pierson hopes that future research will help determine the date of the eruption with an accuracy of up to a year.

The eruption of Santorini was so strong that it broke the island into many parts – the modern Santorini archipelago. Due to the destruction of the island, a tsunami formed that overwhelmed Crete and covered other islands with volcanic ash and stones.

Cataclysm was the main reason for the fall of the Crete-Minoan civilization, gave rise to the legend of Atlantis and is considered the prototype of the Great Flood.