Scientists have reconstructed the appearance of ancient Egyptians 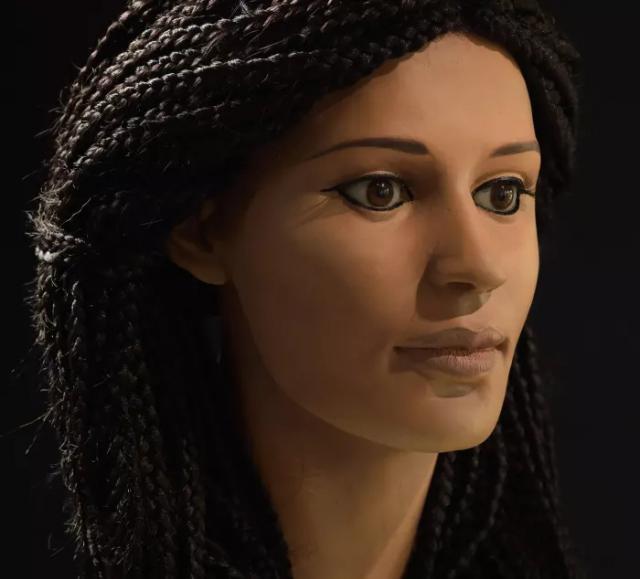 Australian scientists from Melbourne University have restored the appearance of the ancient Egyptians. For reconstruction, the researchers used computer tomography and 3D printing.

The girl received the name of Merytamun, that is loved by God Amon. The appearance of Egyptian women were recovered on mummified head which was kept at the University of Melbourne. How she got to the University, are currently unknown. The head was in the basement of the medical faculty. Its existence did not know about a hundred years.

According to scientists, the girl was suffering from inflammation of teeth that could be associated with excessive sugar consumption. Merytamun could live after the reign of Alexander the great, through which, it is believed that the sugar became popular in Egypt. However, the poor condition of her teeth can also be explained by the consumption of honey. The mummy was wrapped in linen of the highest quality, which suggests that she probably was from a family who had high social status. Scientists still waiting for results of radiocarbon analysis which will more accurately determine its age. Experts believe that she could live and 3.5 thousand years ago.

The girl was 18-25 years. According to researchers, the increase was about 1.6 m. Experts believe that she also suffered from anemia. This is evident in the changes in bone tissue. Maybe the anemia has been associated with diseases such as schistosomiasis or malaria, common in the region. Because the rest of her body was not preserved, the cause of her death is difficult to ascertain.

Hairstyle for Merytamun scientists have borrowed from another mummy of Lady Rai (Lady Rai, who lived in 1570-1530 BC