Scientists have reconstructed the appearance of ancient Greek warrior 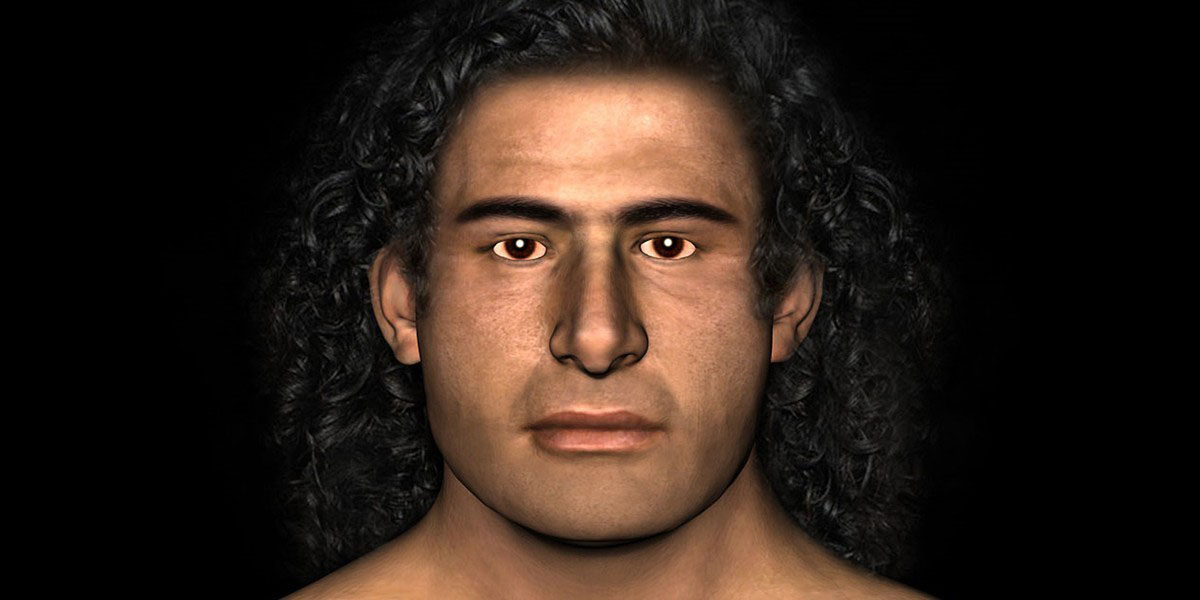 South African scientists from the University of the Witwatersrand has created an exact copy of warrior Gryphon. When the replica of the researchers used computer modeling. We know that this old man had lost about 3.5 thousand years ago.

It all started with the fact that 2015 was an archaeological dig in Greece. Then, in the ancient city of Pepose, archaeologists have managed to unearth more than 2 thousand valuables. The album, which was made of ivory, has attracted the attention of researchers. On this disc was a picture of the Gryphon. When in the tomb archaeologists found the man, then decided to call it warrior-Griffin.

One of the authors, Tobias Holton, said that to do a full computer reconstruction of this person was very difficult. All because the remains of ancient living creature in very poor condition. When modeling faces, the researchers used the face of the modern Greeks, since the poor condition of the human skull did not allow to accurately depict the areas around the nose and eyes.

As it became known, when the warrior Gryphon died, he was around 30-35 years. The reason why he died I found out. As yet unknown to some people treated this ancient people. It is possible that he was a member of a Minoan community.