Scientists have reconstructed the image of Cro-Magnon 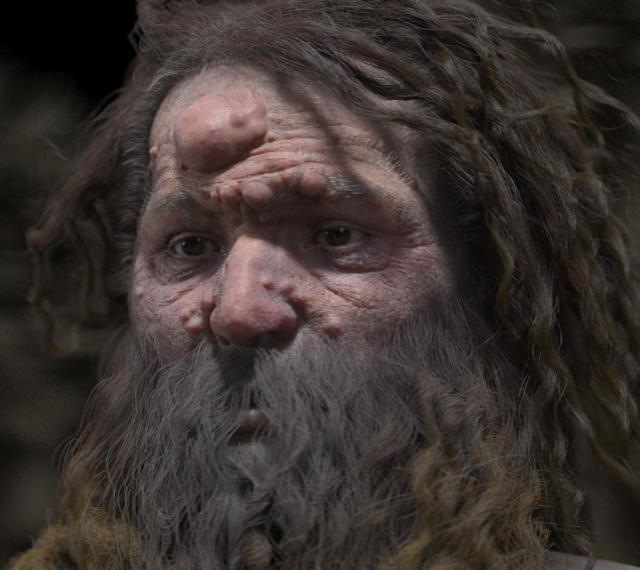 Scientists reconstructed Cro-Magnon Cro-Magnon, whose remains were discovered in the cave of Ezy in France in 1868. According to researchers, his face covered a large number of cones, the largest of them was on his forehead. Experts believe that it was a benign tumor caused by a genetic disease.

The skeleton of the man Cro-Magnon 1, who lived 28 thousand years ago, was found in a cave in the French region of Dordogne in the south-west of the country. 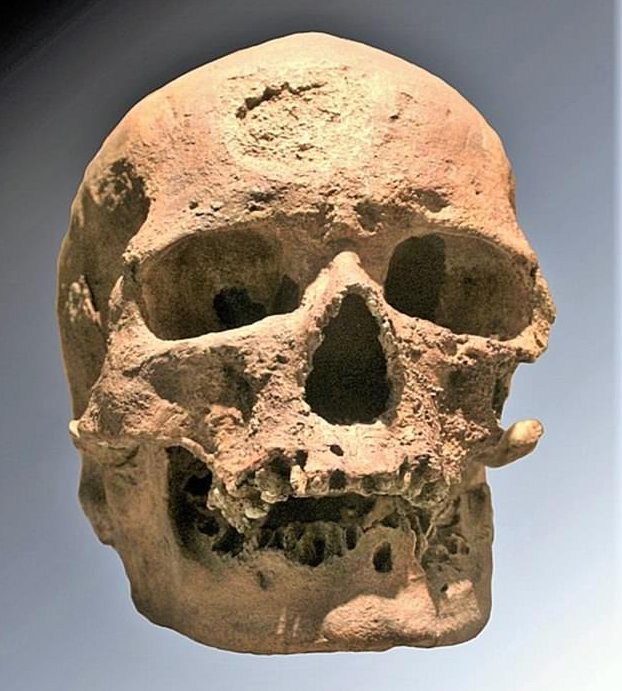 After 150 years from the moment of its discovery, French researchers decided to study its remains more thoroughly. After analyzing the bones, the scientists came to the conclusion that he suffered from a certain type of neurofibromatosis, characterized by the appearance of benign tumors and spots on the skin.

During the study of the Cro-Magnon skull 1 specialists found a hollow, indicating the existence of a large neurofibroma. His left ear canal was damaged, presumably also due to the presence of a tumor.