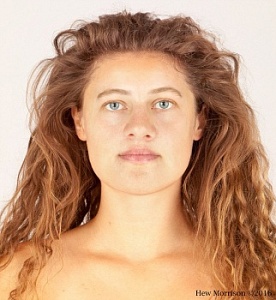 A group of archaeologists, led by Maya Hoole, reconstructed the appearance of 18—year-old girl, the remains of which were found in the North of Scotland in 1987. She was buried 3700 years ago.

Scientists have created a two-dimensional model of the skull of the girl and noted that during the lifetime of her skull was subjected to strange deformations, similar to the binding or swaddling in order to give it some form. The girl belonged to the culture of the people who lived in Britain in 2,500 BC, the remains of these people differ in their preplanetary and rounded skulls.

A specialist in facial reconstruction Hugh Morrison, who worked on skull girls 2014, said Reconstruction is important because it helps people to see what the ancient remains was a person that they are more than just a collection of inanimate objects, bone and stone. It was a living, breathing person who felt the world just as we are.