Scientists have recreated the image of the Peruvian priestess 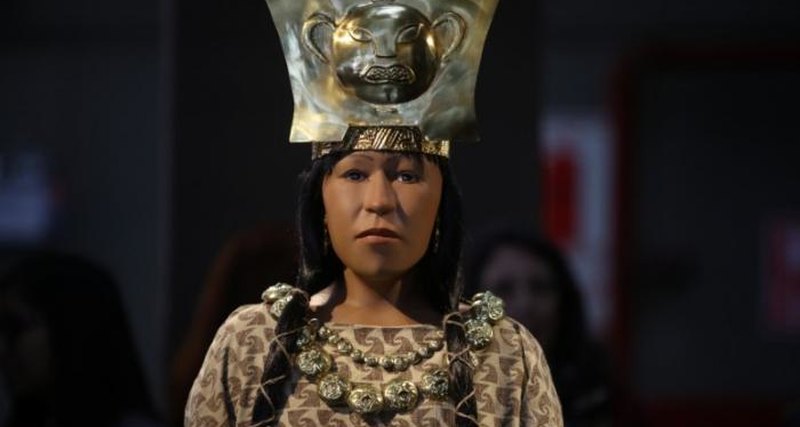 Mummy Lady Cao, found in 2006, changed the views of historians about the culture and life of the people of Mochica, once inhabiting Peru. Thanks to modern technology, researchers have been able to recreate the face of the ancient priestess.

Archaeologists from Peru, using 3D imaging and printing technologies, recreated the face of Lady Cao, the famous mummy found in 2006. The image was taken after a careful analysis of the structure of the skull and remains. As representatives of the Ministry of Culture of Peru emphasized, the researchers took 10 months to do this.

A mummy of 1700 years old was found in a ruined pyramid near the Peruvian city of Trujillo. Due to the low humidity in the burial place, the remains are very well preserved – the researchers even managed to see the numerous tattoos in the form of spiders and snakes that covered the legs of Lady Cao.

In her tomb also found weapons, batons, javelin throwing devices and other artifacts, which were usually buried by the rulers of Peru. The researchers suggest that she could be a powerful priestess or even a ruler. 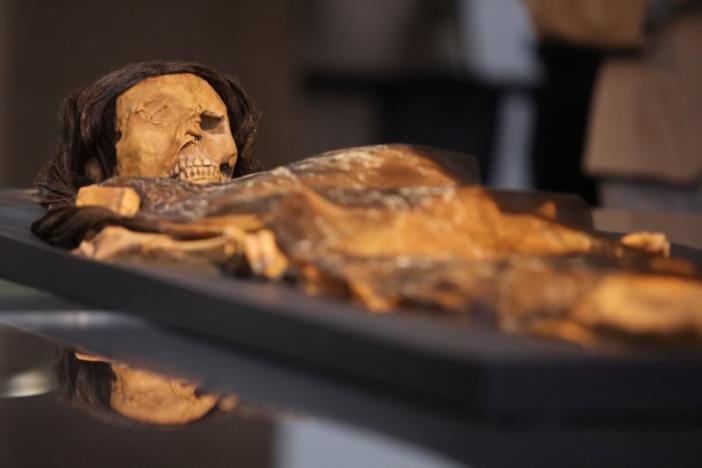 A replica of The Lady of Cao, a female mummy found at the archaeological site Huaca El Brujo, a grand pyramid of the ancient Moche pre-hispanic culture, is seen at the Ministry of Culture in Lima, Peru July 4, 2017. REUTERS/Guadalupe Pardo

Lady Kao died at the age of 20, according to archaeologists, because of the complications that arose during childbirth.

Mummy Lady Cao changed the views of historians that the Mocha society, inhabited in the I-VII centuries. Territory of Peru, was patriarchal. The reconstructed copy of Lady Cao will be exhibited in the building of the Ministry of Culture of Peru until July 16, and then moved to the museum in El Brujo.