Scientists have restored the only lifetime portrait of Ivan the Terrible 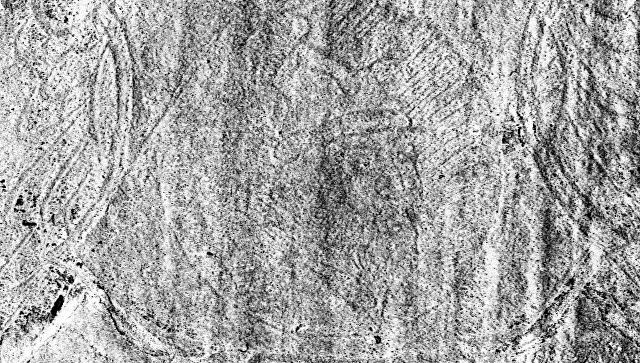 The lifetime portrait of Tsar Ivan IV, embossed on the binding of the first-printed Apostle of 1564, was found using a multispectral survey. The image is considered “extinct”: embossed on a leather binding, it eventually smoothed out and is no longer visible to the naked eye. To visualize the portrait, special methods of shooting in various spectral ranges and original image processing algorithms were used. “Manifested” in this way a portrait will be the subject of study for historians.

The only authentic lifetime portrait of Ivan the Terrible – one of the most striking figures in the history of Russia – was made in copper engravings and printed on the top cover of a tray-shaped copy of the first-printed Apostle Ivan Fedorov, together with the two-headed Byzantine eagle – the new coat of arms of Russian sovereigns. Over time, the embossed relief practically disappeared: in the nineteenth century it became barely visible, and its outline was copied in general terms.

To restore images, the so-called multispectral survey method was used. It involves obtaining an array of digital images in different wavelength ranges, from ultraviolet to infrared (with a “step” of 40 nanometers), and from different angles of illumination. The resulting set of frames is then processed using special algorithms developed by the staff of the Space Research Institute of the Russian Academy of Sciences and their colleagues from other organizations.

In the case of the restoration of the portrait of Ivan the Terrible, it was a question of seeing the microtopography of the binding surface: minute irregularities, cracks and depressions. To do this, the most effective use of the infrared range – in this case, the surface was taken in reflected light with a wavelength of 730 nanometers (this range already refers to the infrared, but still perceived by the eye).

“The surface of the binding was illuminated by the side light, and the height and azimuth of the position of the light source were selected experimentally to get the most contrast relief,” says Alexander Andreev, chief specialist of the Space Research Institute of the Russian Academy of Sciences.

As a result of processing the received images, the outlines of the face “appeared” on the images. It is believed that this is the only authentic lifetime portrait of Tsar Ivan IV.