Scientists have shown the papyrus period of the First temple, was found in Judea 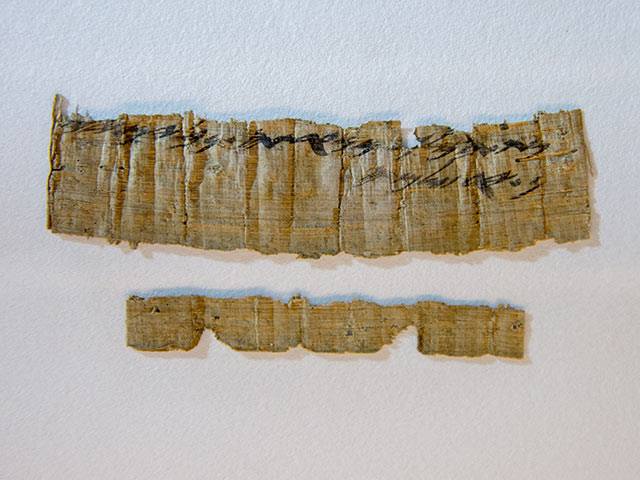 On 26 October in Jerusalem by the Department of antiquities was represented by the papyrus period of the First temple, whose age is about 2700 years.

Apparently, we are talking about the period when Judea was ruled by king Josiah (Yoshiyahu) or king Manasseh. Judging by the text on the papyrus is evidence of payment of taxes on the transportation of wine, or transfer of wine to a warehouse in Jerusalem.

The papyrus, told reporters as the IAA, has been found black archeologists in a cave in the Judean desert. Later, this valuable find was confiscated in favor of the state.

Judging by the contents of an ancient document, for the supply of wine, the woman said. At that time in Judea women, as a rule, has not entered into trading transactions, did not own land or other significant property. But recently in Jerusalem, was found a seal with the name of a woman, dated back to VI century BC, and scholars believe that this artifact clearly indicates that in some cases, women could then engage in trade.