Scientists have studied the Arctic secret base of the Nazis 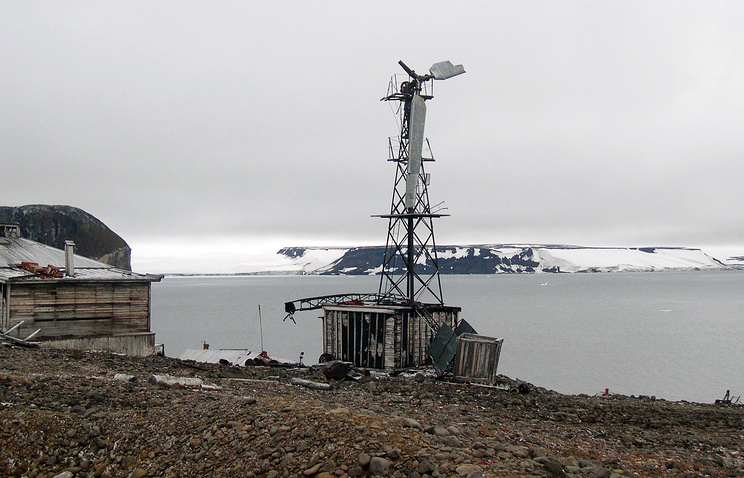 Scientists have collected about 500 items with a secret German weather station-treasure hunter- (Schatzgraber), who worked on the archipelago Franz-Joseph (Franz Josef land) in the Arctic in the years 1943-1944. The exhibits of the times of war prepare for shipment to Arkhangelsk for further study.

On the territory of the former German station operating on the island of Alexandra Land from September 1943 to July 1944, there were around 500 items of historical value. Among them fragments of military ammunition and equipment, household items and appliances, personal belongings, items of meteorological equipment, – said the press-Secretary Yulia Petrova.

Now the collected items are prepared for shipment to Arkhangelsk for further processing and use in the educational activities of the Park, ” she added.

In the course of works on preservation of the historical heritage of the archipelago of the employees of the Russian Arctic – looking items with the labeling and Dating to confirm the identity of the station and the period of its operation. So, all dated equipment marked 1942-1943 years, was discovered and a fragment of the bag-1942-and things with the symbols of Nazi Germany.

As explained by a senior researcher of the national Park Eugene Ermolov, German weather station had been destroyed deliberately, in part just so to have survived only fragments, another reason is the harsh Arctic climate. We were reached by the accumulation of debris, fragments of ruined buildings, meteorological. Talking about the possibility of major finds is not necessary, but find something to the extent of the Museum’s sound we did not expect, he said.

In the climate of Franz Josef is well preserved leather, wood, natural fabrics and plastic, but at that time was used not so actively. Metal, on the contrary, under the influence of a cold humid environment feels bad: rusts quickly and breaks, said Ermolov.

According to him, research how the weather station, and a genuine historical sources, have helped to debunk some myths about finding the Germans on the island until the end of the war, in particular, in secret bunkers and whether there are bases for submarines.

Based on authentic historical sources, including memories of one of the members of a group of German meteorologists, we conducted a study station and are now able to reconstruct the actual course of events and cut off about myths, ” said researcher Park. – After the evacuation of the weather station from the Ground Alexandra in July 1944, the German permanent stationary bases on the archipelago were not.

During the war the Germans had the necessary base of the weather station, which would help to ensure that raids by cruisers and submarines along the Northern sea route. So, in 1943, for the operation called Wonderland, on the Alexandra Land was built a weather station-treasure hunter-. It was located approximately 500 m from the coast at an altitude of 30 m above sea level.

The weather station consisted of a few houses-dugouts and emplacements. Until July 1944 it was transferred to more than 700 WX. In July the whole team-treasure hunt – was evacuated due to infected with trichinosis after eating meat of a polar bear.

National Park Russian Arctic – was established in June 2009. Its territory includes the Northern part of the island and the archipelago of Novaya Zemlya, Large and Small Islands of Orange, and several others. Under the management of the Park is a state natural reserve of Federal significance-the Earth Frantsa-Joseph. It is the northernmost protected area in Eurasia.

Region located in the Western sector of the Russian Arctic is a unique place where are the largest in the Northern hemisphere, bird colonies and a walrus rookery. There are home to polar bears, bowhead whales, ivory gulls and other species of fauna listed in the international and Russian Red books.

In addition to the unique natural sites in the Park have been preserved historical monuments of Arctic exploration, in particular, is the Parking lot of Dutch Explorer Willem Barents, who discovered these lands for the Europeans, and Russian Pomors, had been there long before him.