Scientists have studied the tools of the “ice man” 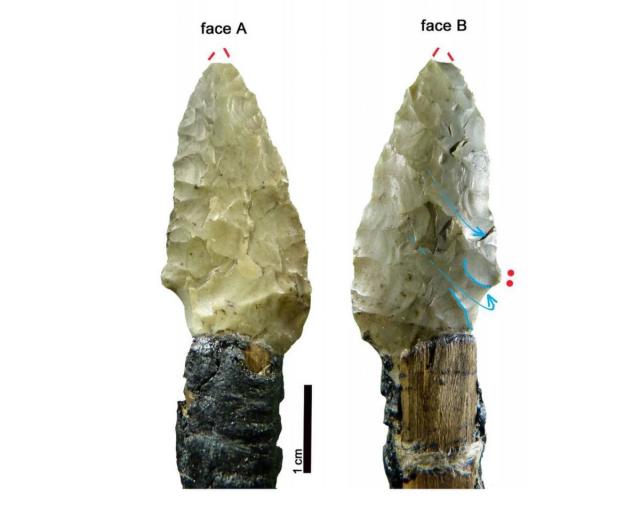 A few days before his death in the Italian Alps about 5.3 thousand years ago, Etsi imprisoned his tools. Perhaps he did it with his right hand, say researchers from Soprintendenza Archeologia, who conducted a new analysis of the scratches on the instruments. However, sharpening does not necessarily mean that he was preparing for a duel.

An earlier analysis of the mummy showed that the ice man was killed by a head injury and an arrow that hit his shoulder and interrupted the artery. The remains of Etsi were found in northern Italy in 1991 and still present surprises to scientists. The study showed that the ice man had many health problems, including heart problems, arthritis, dental inflammation, lactose intolerance. Perhaps he suffered from Lyme disease.

Meanwhile, to this day his guns have not been so thoroughly studied. Ezi had a copper ax, a scraper, a bone awl, and arrowheads. Scientists have examined instruments using computed tomography, as well as powerful microscopes. 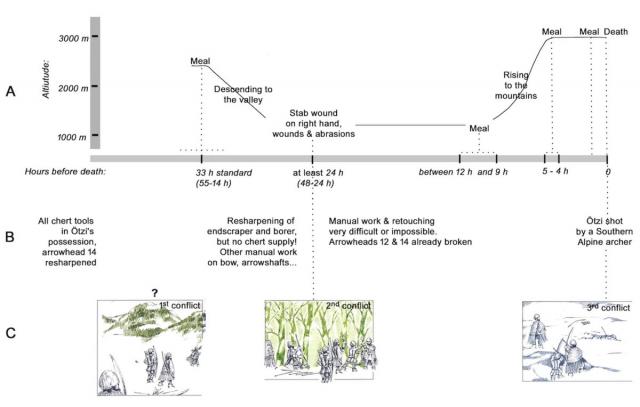 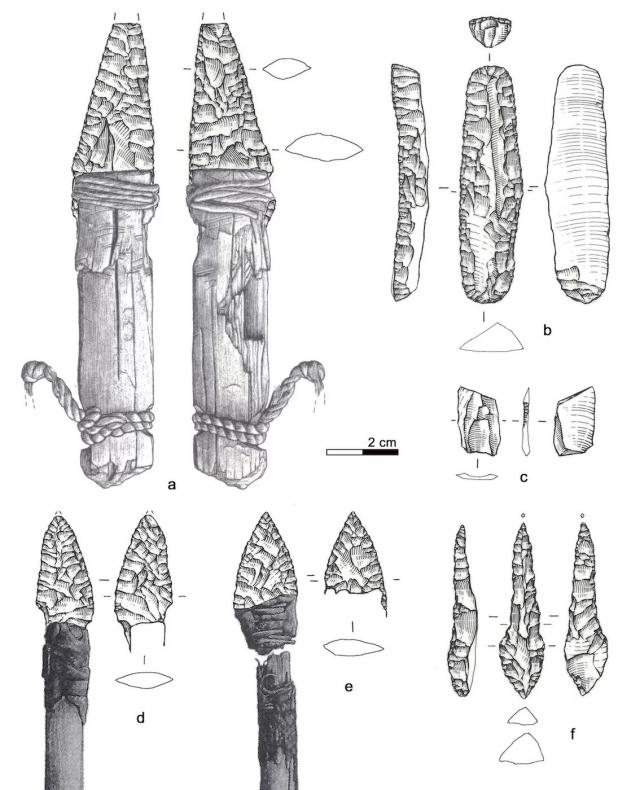 The analysis of silicon, from which many of Etsi’s tools were made, showed that the material could be extracted in three places. The nearest one was at a distance of 40 km from the place where the mummy was found. The farthest is at a distance of 75 km. Scientists suggest that Etsi lived in the Finschgau valleys, located in the territory of South Tyrol. Researchers also believe that the ice man or his fellow tribesmen traded items from other areas.

The shape of the arrows found in Etsi indicates their belonging to the culture that existed in the north of Italy, while the scraper resembled devices made by representatives of the Horgen culture who lived on the territory of modern Switzerland. Copper of the ax was mined in Tuscany in the center of Italy.

Ezi’s tools have been sharpened for many years. However, two artifacts were updated shortly before his death. This is an oval scraper that could be used to cut plants or to process hides, as well as an awl used to make holes in materials such as wood.