Scientists have uncovered the pedigree of saber-toothed “tigers” 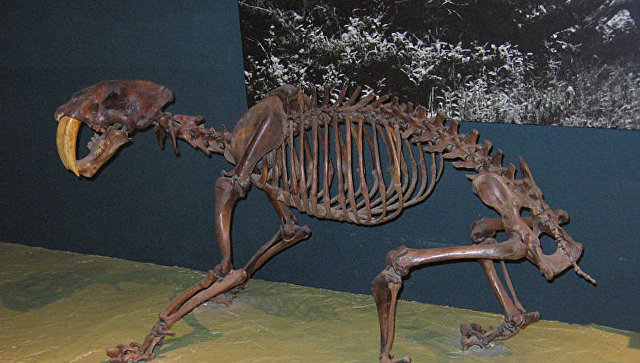 Paleogenetics first extracted DNA scraps from the bones of two species of saber-toothed cats and found out that their common ancestor with domestic “mugs” lived about 20 million years ago, and that they died out quite recently.

“Our colleagues recently found a unique fossil at the bottom of the North – the remains of the saber-toothed” tiger “-homotheria, which, we believed, died out about 300,000 years ago, this discovery pushed back the extinction time by at least 100,000 years. they managed to “meet” the first people who migrated to Europe at that time, “says Johanna Paijmans of the University of Potsdam, Germany.

Two species of saber-toothed cats, American saber-toothed tigers-Smilodon fatalis and their Eurasian homotherium serum, are some of the main “business cards” of the glacial period and symbols of a megafauna that disappeared in the recent past. Both that and other cat, as scientists now believe, have died out with other large animals of that epoch, whose meat they ate.

Despite a similar appearance, most paleontologists believe that they were only very far relatives, whose ancestors were divided even before the Quaternary era. Precise estimates of this kind, due to the lack of DNA of these saber-toothed cats, were impossible, which caused fierce debate among scientists.

Paimans and her colleagues, including the Russian biologist Gennady Baryshnikov of the Zoological Institute of the Russian Academy of Sciences in St. Petersburg, approached the answer to this question by successfully recovering some of the DNA that remained in the remains of homotheria found at the bottom of the North Sea off the coast of the Netherlands in 2008. 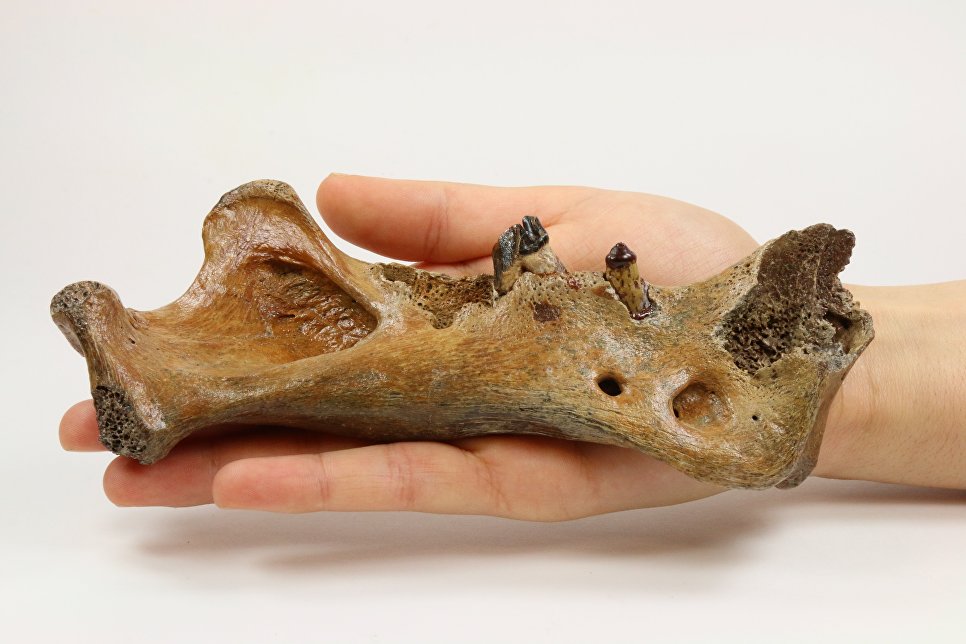 The homotory jaw found at the bottom of the North Sea

Scientists managed to restore the so-called mitochondrial DNA – a small part of the genome, which is contained within the mitochondria, a kind of “power plant” cells. Mitochondria are transmitted from mother to her children. The structure of the genes that control their work varies very slowly, which makes it possible to trace family ties even between representatives of very distant species and genera of animals.

For comparison, the progenitor of domestic cats and tigers lived on Earth about 14 million years ago. This suggests that the homo and smilodons were really very distant relatives, despite the fact that they were more similar to each other than pets and their striped “cousins” from the jungles of South Asia and the forests of the Far East.

The most interesting detail of this discovery is another thing. A large number of small mutations in the mtDNA homotyre, whose remains were found at the bottom of the North Sea, suggests that these predators died out not 300-250 thousand years ago, as paleontologists thought earlier, but 50-30 thousand years ago. Similar dates were obtained earlier and with the help of radiocarbon analysis, however paleontologists doubted this dating, referring to the fact that the cat’s bones had spent a long time in seawater.

This poses an already familiar question for scientists: has the spread of mankind on Earth caused the extinction not only of American Smilodons, as many paleontologists are sure today, but also of their European “cousins”? To answer it, as geneticists conclude, it is necessary to find and decipher the DNA of other homotherms, a comparison of which will help us understand how many of these cats lived in Europe immediately before their extinction.