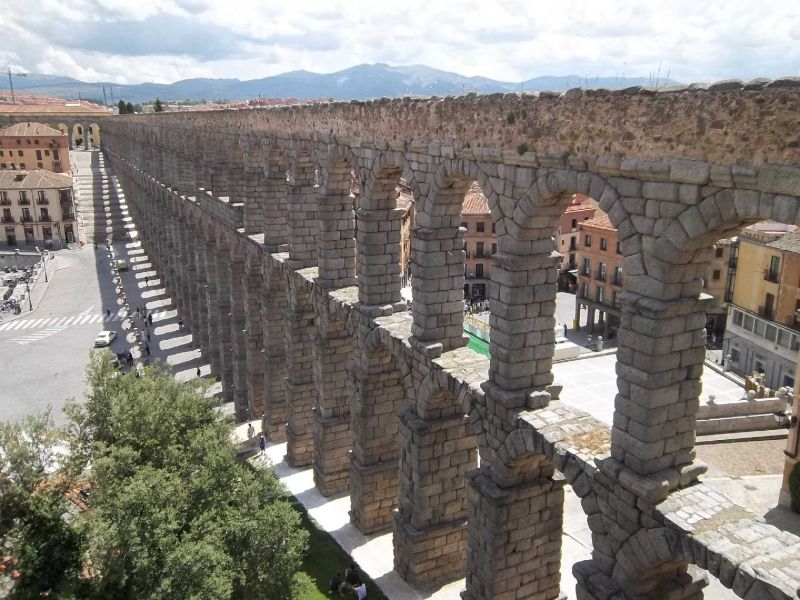 Many ancient Roman concrete structures still stand. The secret of their strength was … sea water, which interacts with volcanic rocks and strengthens concrete.

Concrete is one of the most massive products that humanity produces and uses in construction by many millions of tons. However, modern buildings and roads are noticeably dilapidated after a few decades. This spectacle is especially sad against the backdrop of ancient Roman buildings of old concrete, some of which have survived well until now – two millennia later.

The secret of such “timeless” strength was a mystery for a long time. Recently it began to open, but only now the professor of geology from the University of Utah Marie Jackson (Marie Jackson) and her colleagues managed to show the whole mechanism, which over the years leads to the gradual strengthening of Roman concrete. About it the authors tell in an article published by the journal American Mineralogist.

Their search scientists began with a recipe for the construction mixture left in 30 AD. E. A major Roman architect Mark Vitruvius. It includes volcanic ash, lime and seawater, mixed with hard volcanic rocks. The composition was placed in a wooden mold and further submerged in seawater. About how such a concrete behaves with time, scientists learned from the core drilled in the ancient concrete structures of the harbor of Pozzuoli in Naples.

Analysis of these cores showed that sea water was washed from a mixture of microparticles of volcanic dust. However, this did not lead to destruction, but to additional reinforcement of concrete, freeing up space for the growth of minerals – the products of reactions that occur between concrete components. Somewhere over the decade, it began to fill with crystals of tobermorite, a fairly rare mineral that can be formed in ordinary concrete, but – without sufficient empty volume – only in small quantities.

In itself, the role of tobermorite in reinforcing ancient Roman concrete was known before. However, Marie Jackson and colleagues have now shown that seawater, interacting with volcanic ash particles, leads to the formation not only of tobermorite, but also porous phillipsite, which also performs a binding function, further strengthening the concrete. It is not without reason that the ancient Roman texts preserved the description of this material after immersion in the water as “a solid stone block, unshakable to the waves and becoming stronger with each passing day.”