Scientists hypothesized the causes of the disappearance of ancient Americans 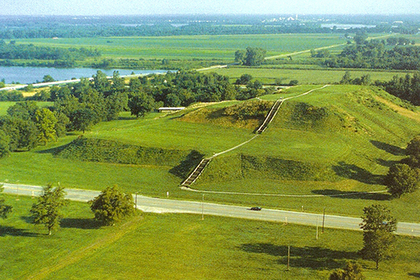 Scientists from the University of Illinois at Urbana-Champaign and Tulane University in New Orleans studied the remains of a settlement of Native Americans who lived in the 13th century AD and were builders of mounds.

Researchers believe that residents left their village, located on the coast of Louisiana, because of the ingress of salt water into fresh water. This is reported in a press release on the site of the University of Illinois.
The
Ancient people built burial mounds in North America from 4500 BC. In the 13th century, in the lower part of the Mississippi River valley, the culture of Plakemin was formed, the burial mounds of which were of ceremonial significance and were part of the temple complexes. Native Americans chose territories for life with access to resource-rich waterways that could support the existence of relatively large populations. For example, in the Grand Caillou, located in the delta of the Mississippi River, 500 people lived during the heyday, but over time the place was abandoned.

The researchers conducted radiocarbon and optical dating, as well as isotopic analysis of samples of deposits and ceramics found during archaeological excavations. It turned out that the mounds are composed of three layers, with the upper and lower clay, and in the middle is a less strong soil. Such a structure makes the embankment durable. The hill itself was erected on river sediments, which were about a meter higher than the surrounding land, which also contributed to the safety of the mound.

The results of the charcoal dating showed that the settlers left the Grand Caillou around 1400. By analyzing the ratio of carbon isotopes, it became clear that the terrain was gradually becoming unsuitable for people to live because of the penetration of salt water and the reduction of fresh water supplies.