Scientists learned how to get rich Ancient Rome 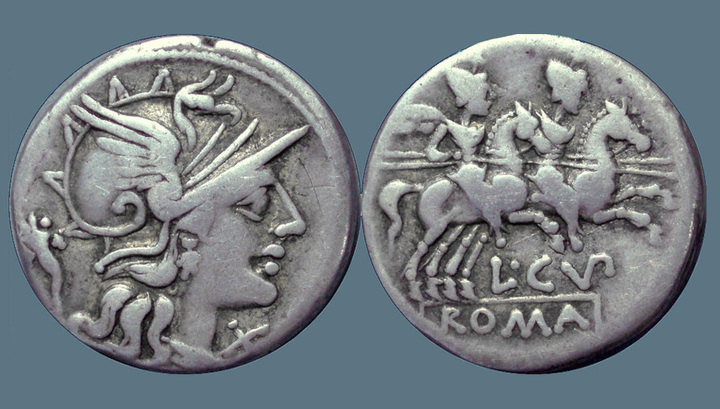 The longstanding confrontation between the two great powers of their time, the mighty Carthage and the gathering power of Rome, went down in history as the Punic Wars, a total of three in 118 years of official conflict, from 264 to 146 BCE. After the Third Punic Carthage, as Caton the Elder persistently urged, it was destroyed, but the most intense of the heroic events was the Second War: this is Hannibal, the crossing of the elephants through the Alps, this impudent attempt to beat Rome in his own territory and the terrible defeat of Carthage in the battle of Zame.

The events and the outcome of the Punic Wars are well known by ancient Roman sources: each of the three wars ended in the victory of Rome, and the final defeat of the only major competitor allowed the Roman Republic to freely extend its influence to the entire Mediterranean and subsequently become that empire that will forever change the course of world history.

However, with its rapid ascent, Rome owes not only military victories – any army primarily needs funding. Until recently, the question “where did the money come from?” Historians could only answer with quotations from ancient Roman authors – for example, about the huge indemnities that Carthage was forced to pay to Rome, or about the territories reclaimed from Carthage with their natural resources. Now German and Danish chemists have presented not “paper”, but quite material evidence of the elevation of Rome at the expense of the occupied lands.

The defeat in the Second Punic War deprived Carthage of all overseas territories, including the Iberian Peninsula. The Romans gained access to local sources of silver, which Carthago used to actively use, and even earlier – Tartess: Spanish silver regularly enriched those who owned mines. More about Tartesse – in our material “Farewell feast in mysterious Tartesse: new discoveries and new mysteries for archaeologists”.

The transfer of control over the Spanish silver deposits from the Carthaginians to the Romans was tracked by modern scientists quite simply: they analyzed the composition of 70 Roman coins issued from 310 to 101 BC, that is, during all three Punic wars with the seizure of previous and subsequent decades.

The participants of the German-Danish geochemical project presented their findings in August at the Goldschmidt 2017 conference in Paris, reports the IB Times.

“Roman coins issued before the Second Punic War are made of the same silver as the coins of Greek cities in Italy and in Sicily: the” signature “of lead isotopes in their composition indicates the origin of metal from the Aegean Sea region,” says Catherine Vestner Katrin Westner), a geochemist from the Frankfurt Goethe University.

However, in coins minted after 209 BC, the isotopic signature changes to a characteristic for the south of Spain, directly pointing to the “freshly minted” by the Romans mines. In 209 BC, the Second Punic War was far from over, but there was a landmark event: the Roman commander Publius Cornelius Scipio captured the New Carthage (the modern city of Cartagena in Spain). Three years later, the Romans controlled all the Carthaginian possessions on the Iberian Peninsula. A few years later, in 202, Scipio would defeat Hannibal himself in the Battle of Zama and become famous for centuries under the name Scipio of Africa. His adopted grandson, Scipio Emilian of Africa, will win the Third Punic War and erase Carthage from the face of the earth.

Silver coin with the profile of Hannibal or the god Melkart of New Carthage (Cartagena), the era of the Second Punic War, 221-206. BC. Photo from coinarchives.com

“After the defeat of Carthage in the Second Punic War, Rome received from the vanquished huge indemnity, many rich trophies and control over Iberian silver deposits. Starting from 209 BC. Most Roman coins have a geochemical signature, characteristic of Iberian silver, “states Vestner.

Acquired wealth gave a powerful impetus to the expansion of Rome and laid the foundation for the formation of a future empire.

“The abundant influx of Iberian silver significantly changed the economy of the Roman Republic, allowing it to become a superpower of its time. We knew this from the historical works of Titus Libya, Polybius and other authors, but our study provided modern scientific evidence of the elevation of Rome. The defeat of Hannibal and the rising of Rome are literally written in silver coins of the future empire, “summed up Vestner.

She is echoed by Kevin Bucher, a professor at the University of Warwick (UK): “This study clearly shows how a significant scientific contribution to historical research can be made by instrumental scientific analysis of ancient coins. Before, we had only reasonable assumptions about the importance of Spanish silver for the Roman treasury and the coinage, but now they have a serious material basis. “